JavaScript functions for the FormView, ViewBox, and ControlBar can be defined in several locations. These locations include the UX Component level, the Control level, and the Object level. Functions defined at the UX Component or Control level are created in the global JavaScript namespace. This means the functions can be referenced anywhere in your entire app. However, this comes with a caveat: multiple functions defined at the Component or Control level with the same name will overwrite each other. To understand why this happens, we need to look at how the creation of functions are handled in JavaScript. 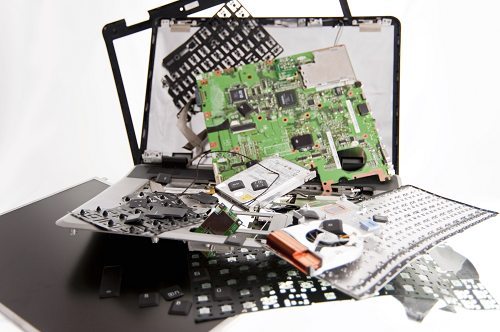 If you run this code in a web browser, you will see two alerts:

At the beginning of the script, 'foo' is declared as a function. However, when 'foo' is assigned the value 12, it becomes a number and the function 'foo' no longer exists.

Defining JavaScript at the Object Level 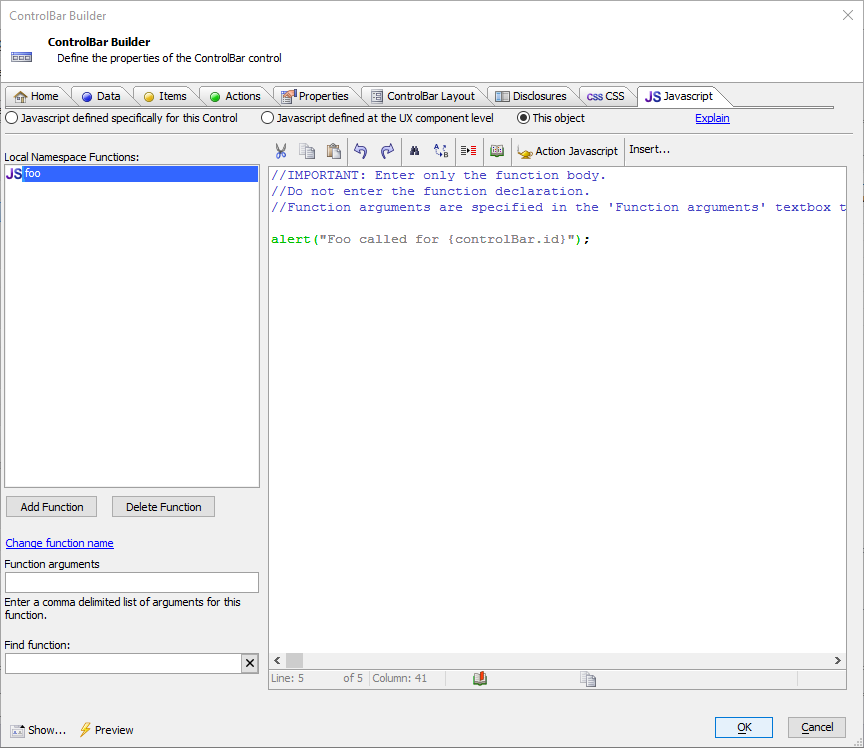 JavaScript defined using "This object" is created as methods that are called on the control. For example,

Because functions are created as methods on the object, you do not need to worry about function name collisions when multiple Controls or Components are loaded on the same page.

Tips for Preventing Function Name Collisions at the Component Level

You can extend the {dialog.object} with your own functions and properties. Be careful, however, that you don't accidentally overwrite an existing property! The easiest way to do this is to create your own object in the {dialog.object} object that contains all of your functions. For example,

You can do something similar with other Controls by getting an pointer to the Control and adding your own methods:

To learn more about using This object to define JavaScript functions and creating self-contained controls, check out the video below:

Defining Javasript in a ControlBar - Understanding the 'This Object' Option

Agency Data Used Alpha Anywhere to Revolutionise Home Health and Care
The Alpha platform is the only unified mobile and web app development and deployment environment with distinct “no-code” and “low-code” components. Using the Alpha TransForm no-code product, business users and developers can take full advantage of all the capabilities of the smartphone to turn any form into a mobile app in minutes, and power users can add advanced app functionality with Alpha TransForm's built-in programming language. IT developers can use the Alpha Anywhere low-code environment to develop complex web or mobile business apps from scratch, integrate data with existing systems of record and workflows (including data collected via Alpha TransForm), and add additional security or authentication requirements to protect corporate data.