While low-code and no-code platforms speed up app development with their drag-and-drop components and graphical user interfaces, they still have limitations. Many developers prefer the ability to write code within a low-code solution. However, many low-code platforms require programmers to write code outside the IDE (Integrated Development Environment).

In the hybrid low-code approach, the low-code tool is integrated into an IDE. This enables developers to use traditional hand-coding alongside low-code.

Hybrid low-code combines low-code development's speed and efficiency with traditional development's advanced capabilities and freedom of expression. Businesses of any size can use this approach to take on more complex application projects.

One example of software that produces hybrid low-code apps is Alpha Anywhere. You can build apps for free with Alpha Anywhere Community Edition.

Get a Deeper Understanding of Hybrid and Low-code

What are Hybrid Applications?

Similar to web applications, hybrid apps often use CSS, HTML5, JavaScript, and other front-end development tools to give them cross-platform functionality. They can access hardware on a smartphone similar to native mobile apps, and are downloadable from app stores.

What are the Advantages and Disadvantages of Hybrid Mobile Apps?

Hybrid apps save companies time and money. They are also compatible with IoS and Android, so you save time avoiding building different versions of the same app. Selecting a mobile app development platform is a critical choice that can impact costs, install rates, and monetization approaches. Here are some advantages and disadvantages of hybrid mobile apps. 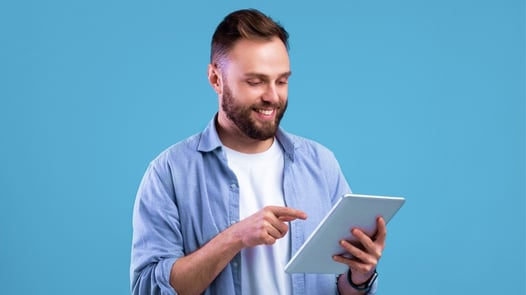 As we outlined, there are significant benefits of hybrid apps. When you practice hybrid app development you can enjoy:

What is Low-Code Development? 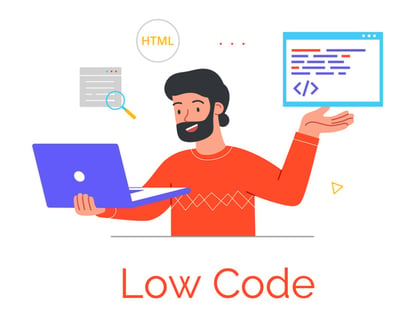 Why is Low-Code Important?

While IT talent is in demand, some companies find it hard to find skilled employees. Low-code enables technical employees who have minimal coding experience to build solutions.

Businesses of any size can use low-code platforms to make software development quicker and easier. Low-code enables IT and development teams’ to keep with demands and build solutions rapidly that are fast to deploy.

What is the Future of Low-Code?

Employees with fundamental computing abilities can now build solutions thanks to low-code. Low-code is becoming more prevalent, as suggested by Gartner and others.

According to Gartner, up to 75% of software solutions will be created with low-code technologies by the year 2024. If projections come to fruition, there will be more need for specialized training programs that concentrate on IT governance and improve the coding abilities of non-technical staff.

Insidebigdata.com predicts that more employees across industries with a range of technical skill levels will use low-code to create straightforward to complex automation without IT oversight. As a result, developers will be able to focus on more strategic tasks, while businesses will pursue ambitious opportunities, address more issues, and boost competitiveness.

For instance, when used in a retail setting, AI has the ability to predict the price of every item in a store using market trends, product seasonality, and social sentiment. Then, low-code apps can be developed to visually display this data and provide suggestions for prices and quantities. This will optimize inventory space and increase the profitability potential.

How much Faster is Low-Code? 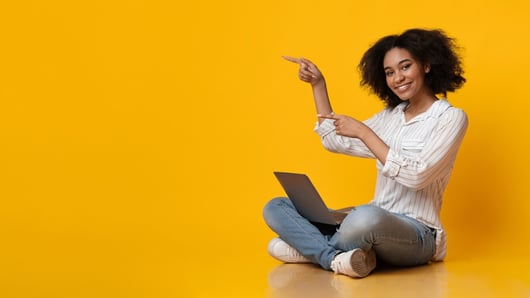 The development of apps is 10 times faster using low-code platforms. As a result, developers can brainstorm, build, test, and deploy solutions in days or weeks instead of months. The time it takes to create custom apps can be cut in half to ninety percent with low-code and no-code solutions.

Quicker Deployment Speeds: Following Hurricane Irma, The University of South Florida created a communication platform using a low-code platform for faculty, staff, and students to interact. The USF team used existing applications and data points as building blocks to deploy the solution as fast as possible.

low code application development, #lowcode
Why Cloud-Native Developers are Turning to Low-Code
How to Migrate Legacy Apps and Data to Low-Code