6 Lessons Enterprises Can Learn from the Iowa Caucus App Fiasco 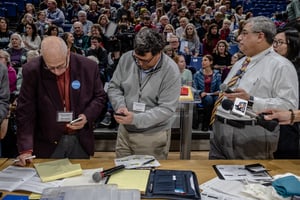 By now, most of the world knows about how a single app broke the Iowa caucus. And it did worse than that — the consequences may cascade all the way until the November election and help decide who will be the next President of the United States.

There are plenty of lessons to be learned by enterprises from the Iowa caucus app fiasco, not the least of which is how designing, deploying and using a single app can have far-reaching consequences that can severely damage an enterprise’s brand and business.

The New York Time reports that the app used for reporting results of the Iowa caucus was a native app designed and deployed in only two months. For simple, straightforward apps without lots of moving parts, that time may be enough. But the Iowa caucus app was anything but straightforward. It required that inexperienced users input multiple sets of data, including photographs of results alongside typed-in results, and then report that data wirelessly, even though Iowa is a largely rural state, with sometimes spotty connectivity. Two months was far too short a time to design, build, test and deploy a completely native app (with untested code) of that kind. So when you’re building your next app, first determine its complexity, and base your timeline on that — and build in plenty of time for errors.

If you’re building an app for your workforce, make sure you adequately train end-users on how to successfully use the app. That wasn’t done in Iowa. In fact, reports say that many of the people who had to use the app to report caucus results hadn’t even installed the app before they had to use it. Many people couldn’t even download the app on the day of the caucus. Of those who were able to download and install it, many people were confused about how to use it.

The lesson learned: Make sure every person who is going to use the app is properly trained.

Amazingly enough, the Iowa Democratic Party never did a full real-life test of the app and its system. So it had no way of knowing how the app would work under real-time load. In addition, it only did its small amount of testing too close to the caucus itself to fix any problems the tests uncovered. For example, the County Democratic Chairman of Polk County, the county with the highest population in the state, told CNN that the only tests done, a week before the caucus, went so poorly that he advised his precinct chairs to not even bother to use it, and instead phone in their results.

The upshot: Test early and often, listen to feedback, and then test more until you get the app right.

Lesson #4: Ensure Proper Bandwidth — or Design an App for Offline Use

Iowa is largely a rural state, and in rural areas, bandwidth can be spotty. That made it difficult for some people to get the app to make the right connection for sending election results. So you should make sure your app will be able to get the right bandwidth — and for an extra measure of security, make sure it can work offline.

The a-ha: Mobile apps aren't mobile unless they work offline.

The company that wrote the app, Shadow, had little experience in app creation. CNN reports “Shadow's background is primarily in voter-contact technologies such as text messaging…not app development.” CNN also reports that it checked the backgrounds of Shadow staff members on LinkedIn, and “Of 10 employees who self-identified as working for Shadow, only its chief technology officer, Krista Davis, listed any significant programming experience.” The Iowa Democratic Party didn’t carefully check its app vendor — with disastrous results.

The message:: Do your due diligence in choosing your vendors.

Less #6: All Apps are Not Created Equal

In the wake of the Iowa Caucus app debacle many say "there was no need to make an app anyway." This is a bit overly cautious.  Many tested, secure apps are running business -- even HIPAA regulated healthcare organizations -- today.  The case for apps is clear: they've been proven to offer a faster means to collect more accurate data. However, the speed, reporting and security are only as good as your mobile development.  That's why more companies are choosing to go with trusted low-code platforms versus building every secure app they need from scratch. 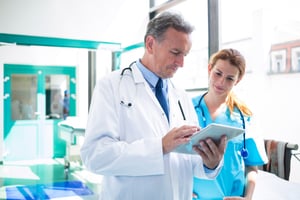 At Alpha, we build secure, low-code mobile app solutions for customers every day. Alpha TransForm (for non-developers) and Alpha Anywhere (for developers) are built on a trusted mobile app development platform used by thousands of companies worldwide, and are ideal for building mission-critical mobile apps. Each is ideally suited for enterprise-level app development. Alpha TransForm helps business users craft online or offline mobile apps in minutes that leverage a trusted app development platform to utilize the latest mobile features (camera, GPS, etc.) for fast, accurate data capture -- such as polling -- on mobile devices. Alpha Anywhere has the unique ability to rapidly create mobile-optimized forms and field apps that can easily access and integrate with any database or web service and can exploit built-in role-based security or robust offline functionality. Learn more and take a free 30-day trial.

What the World’s Most Advanced Factories Teach about Industry 4.0
Biggest Mistakes Midsize Companies Make When Moving to Cloud