This is the second in a 4-part article series discussing some critical features for enterprise low-code development. Robust offline apps that can work with or without a WiFi or cell connection are a key feature of Alpha Software products, which makes them ideal for enterprise web and mobile app development.

We've all been there: you're working with a smartphone app and suddenly your connection is weak or gone completely. Mobile apps aren't mobile if they don't work offline. Alpha Software offers the best offline mode of any low-code/no-code platform and continues working and synching data even in spotty locations. 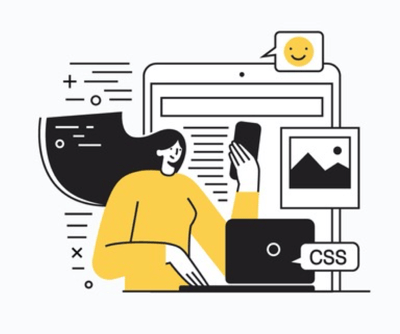 As I’ve written in a previous blog post, one of the most important features in a low-code/no-code platform is the ability to write apps that work when offline, not connected to the Internet or a cellphone network.

Why is this so important? Even though it may seem as if connectivity is ubiquitous, many locations are either unconnected or have spotty connections, that work sometimes but not others, notably some rural areas, remote worksites, and even dead spots in big cities.

In this blog post, I’ll delve more into the importance of offline capabilities in low-code/no-code platforms, and explain how Alpha excels at them.

But offline capabilities need to go well beyond basic operations and handle more challenging scenarios. One of the most difficult of those is when the network connections is spotty, fading in and out. The offline app may be in the middle of an operation, but the connection strengthens and then vanishes, strengthens and vanishes. Sometimes the device thinks it has a connection and it tries to send, but what's actually going out is zero or bytes per second. If not handled properly, this can lead to incomplete data and failed operations. But unlike other low-code/no-code platforms, Alpha handles all without a glitch.

Another scenario is one in which the data is sent to the server, but then the connection is lost. That can lead to the client app never getting a reply that the work was done. If not handled properly, that can lead to many problems, including duplicate sets of data. With Alpha, that never happens.

Also imagine an app on a device that’s offline for eight hours in a warehouse without a network connection as a truck is being unloaded. Once the truck leaves the warehouse and gets connected again, there’s a tremendous amount of data that needs to be uploaded, a complete day’s worth of activity. That can lead to timeouts and other problems unless the app has the right kind of offline capabilities – and typical low-code/no-code platforms can’t handle it properly. It won’t happen with Alpha; our platform has been built with those kinds of use cases in mind.

Few, if any low-code/no-code platforms offer all these capabilities. Alpha had had them all for years and goes beyond them as well. We’ve tested our platform with massive amounts of records in offline mode, and with spotty connection. It works every time and offers the most reliable offline operations, with the most comprehensive feature set of any low-code/no-code platform.