.Many thanks to Alpha Anywhere Customer Jaime Ben-David who helped author this article.

With over 7,000 active languages globally, it's essential to design apps in your users' language. Alpha Anywhere provides tools for translating applications to any language, including right-to-left (RTL) languages. Though only a handful of languages are written RTL, over one billion people use them. RTL languages require more than a simple translation. An application's layout and iconography must also change to match the language's flow.

Text flow direction and icons in this example app are customized to support Hebrew. The same would apply to Arabic. Image credit: Jaime Ben-David

For right-to-left support, Alpha Anywhere includes settings throughout the IDE that allow you to change flow direction, swap icons, and customize layouts for everything from simple text boxes to sophisticated menus. Alpha's powerful Client-side Templating gives you full control over layouts for Lists and ViewBoxes, letting you build what your users need. Dates, currency, and numbers formats can also change based on the user's locale.

The Responsive Layout Genie can do more than change layouts when the user rotates their phone. It can also reconfigure an application's UI based on the user's current language. With this approach, a single application can support both English and Arabic.

The flexibility of Alpha Anywhere doesn't restrict you to a single application flow direction. Left-to-right and right-to-left layouts can coexist side by side. Image credit: Jaime Ben-David

With Alpha Anywhere, there are no limits to what you can do. 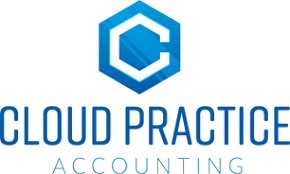