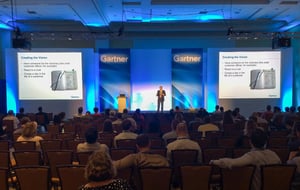 Artificial intelligence and app development, the report goes on to say, will eventually use machine learning “to automate code preparation, validation and generation.”  That will free designers and programmers to spend more time on difficult problems related to business value, rather than on coding.

Artificial intelligence (AI) will also be used increasingly for app testing, the report says. In fact, it concludes, “By the end of 2019, AI-enabled test set optimizers will be in use at 70% of global platform-as-a-service vendors.”

Alpha Software will remain a powerful tool even as artificial intelligence co-developers begin to be used by enterprises. Its low-code approach to app development allows developers to quickly design apps and test and iterate them, exactly the kind of high-level tasks that programmers will do more of.

You can also read through some examples of how the oil and gas industry will benefit from the combination of artificial intelligence and mobile development.