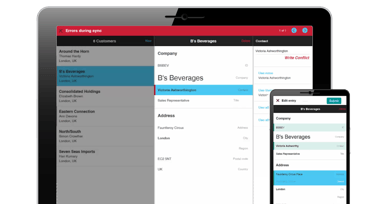 Small businesses need mobile apps as much as larger businesses, but they face serious problems building them, notably a lack of resources. A new report from the small business-focused website The Manifest details those issues, and offers a look at the state-of-the-art in app development for small businesses. And another report, from Clutch, “Should Your Small Business Invest in a Mobile App?” finds similar results.

Let’s first take a look at the findings in the Manifest report, “How Small Businesses Build Mobile Apps.” It found that a surprisingly high percentage of small businesses have built apps before 2017 — almost half (47 percent) of them have done so. However, the very smallest businesses lag behind. Thirty percent of small businesses with one employee say they haven’t yet built an app and have no plans to build one.

The Clutch report “Should Your Small Business Invest in a Mobile App?” found similar results. It says nearly half of small businesses (42 percent) already have a mobile app and 30 percent plan to build one. But it also found mobile app development was somewhat stagnant, because last year’s report also found 42 percent of businesses had already built a mobile app.

The Manifest report says that it would be better for small businesses if their in-house staff built their mobile apps, noting, “Unlike an external partner, in-house staff is likely already familiar with your company’s goals, branding, and culture. Costs would not significantly increase and the work would require little transfer of knowledge.” However, it adds that “This approach only works, however, for small businesses that already have technically qualified staff.” And that can a roadblock for many, considering how difficult it is to find and hire mobile developers, and their high salaries.