Latest Data on Developers Working at Home: Productivity is Way Up 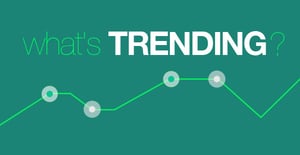 What has happened to developer productivity during the coronavirus epidemic, as experienced programmers and other tech experts can no longer physically work together, and have to, instead, work from home? Has productivity taken a plunge because of the lack of collaboration and executive oversight? Did it skyrocket because those water cooler conversations about movies and sports results no longer sap people’s time? Or did it merely stay the same?

There’s been a good deal of debate about that — and now there are actual facts. A DZone article, “Productivity Data From 50 Dev Teams,” written by LinearB CEO Ori Keren highlights findings done by the company about how the work-at-home era has affected developer productivity. To get at the facts, the company analyzed git and project data from 50 teams in order to find out how being remote affected their work. The teams were from companies of many types and sizes around the world.

Let’s start with the big reveal: Productivity across the board is up — way up. The company found that 92 percent of teams are writing more code since they started working from home. 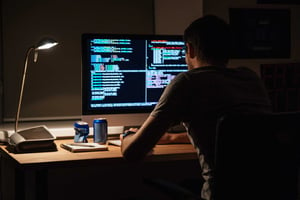 The reason? Keren believes, “For most organizations, the act of writing code is a solo endeavor. Developers need long, uninterrupted blocks of time to ‘get in the zone’. At the office, they get interrupted by co-workers, meetings, and last-minute design brainstorm sessions. At home, they can focus more on whatever task needs their attention at that moment.”

That conclusion was reinforced by Chris Downard, VP of Engineering at GigSmart, who told Keren, “We are actually seeing an increase in productivity across my organization since going fully work-from-home. And it is a little surprising because we are traditionally not a remote-first mindset company although we do have contractors that are 100% remote. There was a concern and worry from my ecosystem that productivity was going to tank. After our first week, I was looking at our numbers and was like ‘oh my gosh’, we are way above what I was expecting.“

Code quality has taken a small hit, with average code churn up by six percent and a seven percent increase in the time fixing bugs. And it also takes longer to finish complete release cycles, an increase of seven days to 10 days.

Keren believes that development teams can learn a lot from the findings and offers suggestions on how to improve work-at-home productivity even more. He suggests emphasizing “a lean, agile approach and reminding ourselves to break our work into small tasks and to merge as frequently (or more frequently as we did before).”

He says automation and tools can help remote developers work more closely with one another. And, he says, “We’re expecting that our previous culture of being together in the office every day might not return for a long time if ever. So we’re adapting our processes assuming work-from-home is going to be part of the long term fabric of our dev team going forward.”

Also important for developers who work at home or remotely rather than in the office: Choose the best development tool for the task. Alpha Anywhere is an ideal low-code mobile and web app development platform for developers who need to get more done in less time. Alpha Anywhere has the unique ability to rapidly create mobile-optimized forms and field apps that can easily access and integrate with any database or web service and can exploit built-in role-based security or robust offline functionality. Try Alpha Anywhere free for 30 days.