Mobile App Development for Android Costs 30% More than for iOS 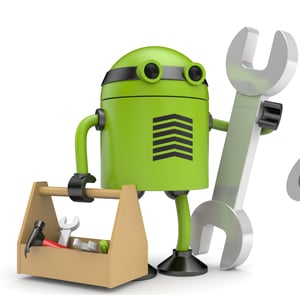 If you're an app developer you live by the old adage, "Time is money." You have limited resources --- your time --- and need to be very careful about where and how you spend it. That's particularly true if you're considering cross-platform app development, or deciding whether you should concentrate all of your resources on writing for just one platform. Native mobile business apps can take advantage of hardware features on devices; however, they also require separate implementations for each target device.

If you've ever wondered whether it takes more time and money to develop for iOS or for Android, the Infinum design and development agency claims to have an answer --- Android. On its blog, the firm says it's not even close, and claims that it takes a full 30% more time and money developing an Android app than iOS. A 30% increase in cost may limit application developers to a single mobile platform, especially when building native mobile apps.

To figure out which platform takes more time and money to develop for, Infinum analyzed half a dozen projects it undertook over the last year and a half in which it built the same app for iOS and for Android. It measured both the lines of code for each platform for each of the platforms for each app, and the hours of work required.

It found that and Android app required about 40% more lines of code than the equivalent iOS app. The company notes: "A lot of this code is auto-generated --- but it's still code, and it needs to be read, debugged, and maintained."

The reasons? The blog claims that Java, used to write Android apps, is a more verbose language than Objective-C or Swift, used to write iOS apps. It adds that Android emulators are slower than iOS emulators, and that Android is fragmented and so there are more devices that need to be tested, with more vendor-specific bugs. And XML layouts are mainly written manually in Android, while you can use WYSIWYG techniques in iOS.

You needn't pay an Android tax --- or an iOS tax for that matter. Writing native apps for individual platforms means you'll spend at least twice as much time as you need to, because you have to write separate apps for each platform.

Mobile app development software built to delivery outstanding experiences on any Android device from a single code base is the answer.

Alpha Anywhere is app development software that solves the problem for Android developers. With it, you develop an app only once, and can then deploy it to multiple platforms, including not just iOS and Android, but the Web and Windows Phone as well. Try it out for free here.