5 Ways to Speed Up Your Mobile App Development Process 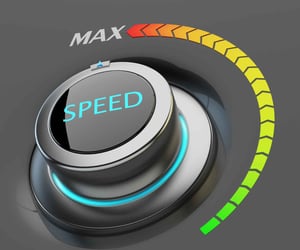 It seems to be the unchanging rule for mobile app development: Any project you undertake will take far longer than you want and waste too much of your time. But it needn’t be that way. There are surprisingly simple ways you can use to cut the time it takes to write mobile apps and put them into use more quickly. The TechTarget blog post “How to avoid wasting time in a mobile app development project,” has great advice on how to do it.

The blog’s first tip is to choose the right development environment. The writer defines that as “everything necessary to build and deploy an app, from the coding language to the development and deployment tools.” The blog advises spending a good deal of time deciding on your choice, because it will ripple through every part of the development cycle, from design to coding to deployment.

Next, be clear about each project’s focus. The blog writer’s advice: “Everyone needs to understand why they're creating the app and which problems they're trying to solve. Prototyping can clarify an app's focus and facilitate communication between participants.” He also advises that developer should “carefully balance agility with rigidity.” Agility is needed to adapt to good input and changing needs, but if a project is too open-ended and subject to endless input, it may never get done.

His third piece of advice is that developers pay close attention to their coding practices, particularly not wasting time on “rewriting code that already exists for common features such as JSON parsing or network calls.”

The fourth tip is that developers carefully focus on the user experience, because if they don’t, they’ll spend much more time later on fixing issues with it. He warns, “A poor UX can decrease user performance and productivity and cause the user to give up on the app altogether. If the app is inconsistent, unresponsive, too complex or difficult to navigate, developers will have to fix or replace it, resulting in duplicated and wasted efforts.”

Finally, he writes, solid quality assurance is a must: “The sooner developers can identify and correct bugs and other issues, the more successful the deployment and the shorter the development process will be. Developers should rigorously test and review each app using manual and automated UI testing as appropriate. Developers should also heed user feedback whenever it is available.”