Apple is Promoting the iPad

If you haven’t considered building mobile business apps for the iPad, it’s time to get started. Apple is in the midst of a serious push to make the iPad a popular business tool, and initial results show it's likely to succeed. If Apple is successful, enterprises will need mobile apps to enhance workflows and mobilize their workforce on iPads. Developers will need to create custom iPad apps with mobile forms built for touch input.

So concludes a recent article in the Wall Street Journal. The Journal reports that Apple has launched a project called the Mobility Partnership Program, or MPP, to make sure that the iPad gets used in companies ranging from small businesses to enterprises. As part of MPP Apple is working with more than 40 technology companies to help make the iPad more appealing as a work tool. 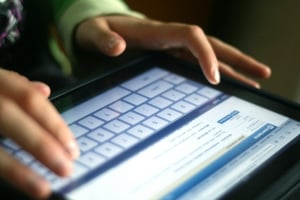 This comes on the heels of a big-time partnership between Apple and IBM designed to move iOS into the enterprise. A web site about the partnership says its focus is on "delivering a new generation of mobile apps called IBM MobileFirst for iOS that connect users to big data and analytics right on their iOS devices.”

A bright business future for the iPad?

A big reason for the Apple push is that iPad sales have been languishing among consumers. The Journal reports that iPad sales have fallen for the past six consecutive quarters, and that iPad revenue has declined 24% for the most recent quarter compared to a year previous. Apple sees a way to reverse that --- get businesses to use iPads. There’s evidence it’s working, and it’s not just iPads that are making their way into businesses. Forrester Research says that 20% of tablets across the world in 2018 will be used by businesses, compared to only 12% today. If businesses are demanding them yet, they will start asking soon for mobile business apps for tablets.

Apple’s long-term plan for iPads and business, in the words of the Journal writer, are “to sell bundles of applications tailored to industry or business functions, such as retailers or account services…Apple has also discussed tapping mobile-phone carriers including AT&T Inc. and Verizon Communications Inc. to help sell Apple devices to businesses.”

The iPad as a Business Tool

The upshot? The iPad is heading towards enterprises and small businesses. And that means an increased demand for iOS-based business apps, especially forms-based ones. Businesses either need developers to build these iPad apps, or they need a technology that can build iPad apps for them. The problem is you likely don’t have iOS expertise yourself or on-staff, and hiring iOS developers and contractors is expensive. Luckily, technology has evolved to get iPad apps built.

Alpha Anywhere is mobile app development software that helps you build iPad apps, and you can develop apps for free.. Not only does Alpha Anywhere make it simple to build apps for iPads for free, but it’s been beefed up with tools to build iPad-optimized forms.

In a detailed article on Bricklin.com, Alpha Software CTO Dan Bricklin, describes how Alpha Software has rethought forms in the age of iPads. He discusses ways in which mobile devices, like the iPad, can help help business improve their internal processes. He details his perspective on the business use of tablets and what led Alpha Software's engineering team to rethink business apps - specifically tablet-optimized forms - amid the growing use of iPads and Android tablets in businesses.