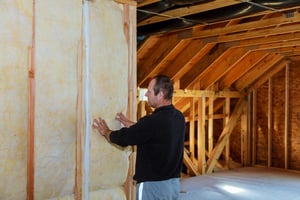 As energy costs continue to rise, and the world looks for ways to combat climate change, the energy rating industry for homes and businesses has been changing from a sometimes sleepy backwater to a central part of the way real estate is bought, managed and maintained.

That means the industry needs to digitally transform itself, so it can more quickly, accurately and inexpensively calculate the HERS energy index for buildings, which is the equivalent of the MPG rating for cars. But that’s easier said than done. Many inspection companies have a difficult time making the switch from old paper-based inspections to digital ones, like a building inspection app or an energy rating app. 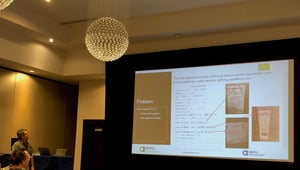 The Building Engineering Company found itself in that position, says Darol Harrison, principal engineer and  CEO of the company, and was looking for a solution. Inspectors, he notes, have to capture a tremendous amount of data on paper, working under very difficult conditions, sometimes in attics during summers at temperatures upwards of 130 degrees. After that, the data needs to be transferred to the company’s internal systems, which takes a considerable amount of time, often 100 hours of work for 50 houses. The primary problem he faced was that no existing mobile app had the most current technology available to energy rating workers for doing all that.

So Harrison took matters into his own hands and turned to the full Alpha Software platform to solve the problem. He used Alpha Transform to mobilize the data capture process. Using it, he built a mobile app to replace paper forms.

The inspection app is able to:

Benefits of an Energy Audit App

With Alpha TransForm, field workers have increased inspection throughput, improved data accuracy and made the data available to the company’s systems immediately. Integrating data to backend systems and third-party software is key to his company’s mobile transformation, he says, and that’s where Alpha Transform really paid off. He says that with Alpha Transform, “There is no limit - the only limit is our imagination!"

Digitize Your Inspection Forms and Get More Done Faster

Encouraging inspections to move from their familiar paper forms to digital forms can be a challenge. However, when done correctly with a mobile inspection app that streamlines data collection, increases accuracy and maximizes productivity for your inspectors, you'll see high rates of adoption for your apps. Having a mobile form solution that allows for fast development with a high degree of customization is critical.

Customer Stories, construction, inspection, energy
Why Mobile Might be the Achilles Heel of your Digital Transformation
How the Oil Industry Can Benefit from IoT Technology

4 Productivity Tools for Construction
The Alpha platform is the only unified mobile and web app development and deployment environment with distinct “no-code” and “low-code” components. Using the Alpha TransForm no-code product, business users and developers can take full advantage of all the capabilities of the smartphone to turn any form into a mobile app in minutes, and power users can add advanced app functionality with Alpha TransForm's built-in programming language. IT developers can use the Alpha Anywhere low-code environment to develop complex web or mobile business apps from scratch, integrate data with existing systems of record and workflows (including data collected via Alpha TransForm), and add additional security or authentication requirements to protect corporate data.