In this unpredictable time with the global economy adversely affected, businesses are looking for ways to reduce their costs. By using offline apps, and even creating your own, your business can save an ample amount on data plans.

Employees traveling between business locations, field workers, and those working offshore can use their offline app to access records, collect data, store images, and upload technical manuals without cell service or WiFi. When a signal drops or is erratic, the offline application functions as if nothing has happened.

Costs of Data Plans Across The Globe 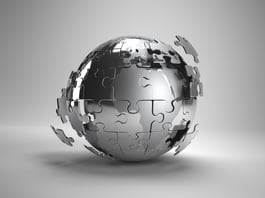 Cost savings can be significant not only from the elimination of cell data charges but also if a company can provide mobile workers with a low-code tablet instead of cellular-capable tablets, which are four or more times more expensive.

This strengthens the argument that not relying on cellular networks (even if available) and using offline mobile forms (such as Alpha TransForm) makes sound economic sense.

How will Offline Apps Reduce the High Costs of Data Plans?

Let's look at the big picture of how much money offline apps can save you.

You can save money if you have a field force of 100 people and can use their phones or purchase a $100 WiFi tablet instead of $400 (cell signal enabled) devices. Additionally, you can also reduce your spending on data plans.

Tim Bochard, Director of Information Technology at Glacier Water, used Alpha Anywhere to create an offline application. Instead of constantly connecting to a costly data network, apps with offline capability connect to regional Wi-Fi networks (such as coffee shops) on occasion. This helps to reduce the high costs associated with data plans.

How much Can Offline Support Save Your Business?

Bochard selected Alpha Anywhere to develop an offline app for 400 service technicians who service 20,000 ice vending machines throughout North America. This allowed them to cache data about service calls on their devices while connected to a WiFi network at the beginning of their day.

How much money did it save? A typical monthly data plan might cost $50. With a workforce of more than 500 people, that equates to $25,000 per month or $300,000 per year. Larger workforces that use offline support will save more money.

Apps with offline capabilities enable businesses to be less reliant on large data plans, which increase in cost with the size of a workforce. You will save a significant amount of money if you use a low-code platform like Alpha Anywhere to create an app with offline functionality for your team.

Learn more about offline apps, including how they improve your business app performance and save money.

You can also develop offline apps for free with Alpha Anywhere Community Edition.