In the latest Alpha Anywhere release, Alpha Anywhere 4.6.3 has many new and enhanced features to make your applications smarter and save you time in development.

A new version of Alpha Launch is now available for download in both Google Play and the Apple App Store. Alpha Launch lets you distribute the applications you build to your end-users without the need to publish to an app store or do a Cordova build. Alpha Launch contains the most popular Cordova plugins ready for you to use.

oes this ever happen to you? You are using a mobile application in a place with an unreliable signal. The app then tries to synchronize back to a server and becomes unresponsive. After several minutes, a message appears telling you the server could not be reached. Frustrating, right? Alpha Anywhere's low code software can now eliminate that hassle by performing a quick speed test with the server before a callback is made. That way, you can instantly alert the user that the connection is poor, without wasting their time.

When a mobile or web application makes a request to a server, the server may require some time to process the request. While the server processes the request, the app waits for a response, preventing the user from using the app in the mean time. To ensure an app remains responsive, however, the app app doesn't doesn't wait forever. After all, the connect to the server is lost, the app may never receive a response. So, after a few minutes, the app gives up. This is no big deal if the server finishes quickly. But, what if you want to run a script that takes several minutes or longer?
A new Alpha Anywhere feature is designed to handle long-running requests by running your script asynchronously. When you use this feature, your script can run in the background while your user goes on to do other things. While it's running, the client application can check in on the script to get a status update.

Alpha Shell is new, free app available for download in both Google Play and the Apple App Store. Alpha Shell is a handy way to test your mobile app during development without needing to go through the Cordova build process or signing up for services like Test Flight. Like Alpha Launch, Alpha Shell contains the most popular Cordova plugins. It also contains helpful developer tools. Plus, the source code is available as a template built right in Alpha Anywhere.

If your application has only a few dozen users, the built-in tools for adding and users and roles to the security system are more than adequate. But as that list of users and groups grows, you might prefer to keep track of users and groups in Microsoft Excel. The new import and export features of the security system now make this possible.
Want to learn more about Alpha Anywhere low code app development?
Product Comparisons, low code application development, Alpha Anywhere
Alpha Anywhere Builds Enterprise-Strength Medicare App in Record Time
Alpha Software Helps Evolytix Achieve  Up to 75% Productivity Boost 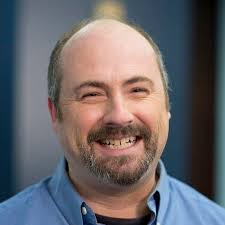 Dave has a long history with Alpha and has a deep understanding of developers and the information they need to make informed decisions. He has developed numerous videos, print tutorials and other materials that make the developer's job easier. Dave joined the company in 1992, and served as support engineer, technical writer, and documentation department manager. Between 1998 and 2005, Dave was at Stumpworld Systems and was product manager for Online Merchant/Online Merchant Gold, which became the best-selling e-commerce application in the U.S. retail market. Prior to rejoining Alpha in In 2006, Dave started A5-Online, a hosting provider for Alpha Five Web applications. Dave received an Award of Achievement from the Society for Technical Communication for the Alpha Five User's Guide in 1995. He holds a bachelor's degree in management information systems from the University of Arizona.

How to Know if Your Low-Code/No-Code Platform Isn’t Working for You
The Alpha platform is the only unified mobile and web app development and deployment environment with distinct “no-code” and “low-code” components. Using the Alpha TransForm no-code product, business users and developers can take full advantage of all the capabilities of the smartphone to turn any form into a mobile app in minutes, and power users can add advanced app functionality with Alpha TransForm's built-in programming language. IT developers can use the Alpha Anywhere low-code environment to develop complex web or mobile business apps from scratch, integrate data with existing systems of record and workflows (including data collected via Alpha TransForm), and add additional security or authentication requirements to protect corporate data.