Company builds a commercial SaaS app in less than 5 weeks with Alpha Anywhere. Competing proposals from other low-code code software vendors ranged from 18 to 35 weeks. 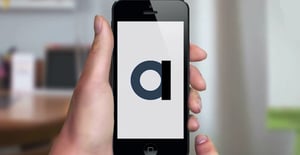 This is a special guest post by Alan Singer an experienced enterprise IT consultant and developer.

In the early days of the web, business recognized the possibilities for innovation and transformation through the adoption of web technologies. Now major new opportunities for innovation have arisen with the possibilities that “mobile” applications offer to materially affect an organization's competitiveness and efficiency. This is achieved by allowing workers, (who work standing up/moving about and who represent 60% of the 4.5 billion global workers,) to become significantly more productive and effective.

While the opportunity to embrace workforce mobilization has existed for a number of years, it has now become a requirement (for companies who want to prosper.) It is worth noting that building mobile business apps is much harder than building web (desktop apps) because of issues such as screen size, potential lack of signal, the lack of keyboards, the need to run cross-platform and the need to incorporate multi-media and other data types. The problem is exacerbated by the critical shortage of mobile developers. It is in this context (i.e. the need to get mobile apps built in quantity, the complexity of building, updating and maintaining mobile apps and the shortage of mobile developers,) that selecting the right mobile development and deployment platform is key.

With this in mind, Wastelink, a Software-as-a-Service provider based in Sydney, Australia, chose Alpha Anywhere as their strategic competitive differentiator in the battle to be a leader in mobile inspection services for the Water and Waste disposal industry.

Wastelink provides software solutions for a wide range of organizations that inspect and service waste pre-treatment equipment before the waste is discharged into the sewer system. This protects the sewers and other equipment, the staff working on them, and the environment. Wastelink had legacy systems based on conventional Windows ‘thin client’ and Windows Mobile technologies and was working to migrate these to web and mobile phone platforms, using a development toolset that had been chosen from the various ‘full-stack’ approaches. Wastelink realized that this approach was not delivering viable product within a reasonable period. It wasn’t the developers, it wasn’t the project management: the development tools was just too slow.

After carefully evaluating their options, Wastelink chose Alpha Anywhere for its unmatched ability to build and evolve enterprise-grade off-line capable, highly attractive, web and mobile applications that could be built and modified FASTEST. Wastelink understands that as new customers come on board, they will want specific features implemented and often will have varying needs and circumstances. So, the ability of Alpha Anywhere to deliver a standard solution that is also capable of being evolved by customer demand and adapted over time was a major deciding factor.

The competitive benefit that Wastelink has achieved by using Alpha Anywhere is that they are taking advantage of the “fastest to build, change and evolve” mobile application development and deployment technology available.

Using Alpha Anywhere, and the fact that Alpha is a true “no limits” enterprise web and mobile application development platform, Wastelink has not only built a market leading inspection app but they have positioned themselves to stay “in the lead” of their field because of the choice of Alpha Anywhere.

The competitive benefit that Wastelink has achieved by using Alpha Anywhere is that they are taking advantage of the “fastest to build,  change and evolve” mobile application development and deployment technology available.

In order to understand the size, complexity, and power of the Wastelink app, we have summarized the development process and how the app was developed as a highly usable, mobile (tablet) form factor, off-line capable, multi-tenant, multi-lingual inspection app and back-end maintenance capability. Whilst Wastelink had in-house developers, very experienced in full stack  .NET and Java development, Wastelink chose to use an external team to carry out the new development work with Alpha. Wastelink wanted to achieve fastest possible results by using highly experienced Alpha developers and engaged independent Alpha Developer team (Alan Singer and Alencar Guerreiro) to do the engagement management, app design, app development and testing.

The entire solution was developed in 9.5 sprints of 20 hours each – just 190 hours and was developed over three discrete phases.
(Estimates from various development companies, with expertise in other competing low-code platforms, were gathered. They ranged from 18 weeks to 35 week.)

I. Requirements gathering and documentation and User Interface (UI) prototype

This initial UI prototype development took 10 hours which delivered a fully designed user interface for the main application screens. (This was a 10-hour sprint that was used to demonstrate our competence with Alpha Anywhere to Wastelink and as a “proof of concept” that Alpha was well suited to developing the solution. In this phase, screen layouts had already been available from Wastelink and additional requirement information was gathered to understand the business model and the required application functionality. After ten (10) hours of work, the initial screen model was ready for presentation to WasteLink.

The next sprint of 20 hours was invested in understanding the existing business model and the existing database that had been in use with the legacy desktop solution. It was necessary to understand this model and extend it to fit into Inspection App needs. Wastelink also wanted to extend the database model to a multi-tenant model but wanted to maintain compatibility with the legacy DB model. The DB model analysis and redesign was accomplished in 20 hours.

This app required a determination of the inspection details of the waste discharging “pits” or other treatment facilities and containment methods. The app needed to gather the maintenance requirements and a significant list of follow up actions that could be identified and recorded during the inspection.

The Inspection App was developed in just 5 sprints of 20 hours each – a total of 100 hours, which involved consultation with the subject matter expert and constant adjustments and improvements to UI and database design and optimization. The initial screen design was based on paper forms that were being used for the inspections and it is interesting to note how the screen UI continually evolved over the 100 hours of development, to take advantage of the tablet form factor progressively moving away from the “filling in forms” paradigm. The App was optimized for tablet use, and in that process, the user interface was essentially re-designed to minimize the amount of data entry for the user and maximize the usability of the application, bearing in mind it was being implemented for a tablet. This work involved extensive and continual UI re-design during this phase to minimize text entry and maximize “tap” data entry.

The next task which took 15 hours was commenced at the stage that the inspection app was ready to test. The security features that are part of Alpha were used so most of the time was used to design, format and configure screens layouts and access permissions.

The following task was another 15 hours and it was commenced at the time that the app was ready for production. Wastelink  wanted a multi-language feature, to cater for customers in non-English speaking countries – the first one being Vietnam. (At this stage, the app was now multi-tenant and multi-lingual, reducing the overheads of managing many different clients and enabling Wastelink to offer the app and any country where wastewater management is an issue. A new language version is a simple clerical task that can be created by an interpreter or translator in a matter of hours or days.)

The major part of translations in Alpha Anywhere was done in less than five hours. Another five hours was spent changing some information on the screen to icons, which would be recognized by people of any language, thereby lessening the need to have translations for those screen artifacts.

The next sprint of 20 hours was to build a comprehensive maintenance capability to support the set-up of new customers, new tenants, new languages, and other such foundation data. This backend consists of a set of features that enable the Wastelink team to manage Tenants, users of each Tenant, App translations and make some customizations of what input options will be shown to each Tenant that uses the App, giving to each Tenant the possibility to have their own set of items to be inspected. For instance, this can now be used to capture inspections of water or wastewater treatment plants, whatever the configuration, along with customizing the tests, the sequence and outcomes of the tests, and capturing photos, videos and sound recordings to support the observations. Although Wastelink’s target market has been in water and wastewater, this same app now has the flexibility to be used for inspections of any type of complex plant or equipment

The next step is to aggregate this data to higher levels to allow comparative reporting and benchmarking, and even to a corporate or national level to highlight areas for future attention and investment.

Get more information on the Alpha Anywhere rapid development and deployment platform or contact our Professional Services team to help your organization with its next app development project.

Since the early 1980′s, Alan Singer has been working as an IT consultant, assisting large and medium size organisations create key business outcomes that have been enabled and accelerated by the strategic implementation of innovative Information Technology solutions.

As an application developer, business leader and IT consultant, Alan has devoted himself to researching, testing and evaluating the latest software trends and software solutions that accelerate business outcomes which empower organizations to weather the “digital storm” that has hit the world of business. Alan consults to organizations who are keen to innovate and take advantage of enterprise software solutions such as low-code platforms and enterprise content management (ECM), in order to rapidly deliver the essential solutions needed for today’s corporate, Government, and Education organizations. 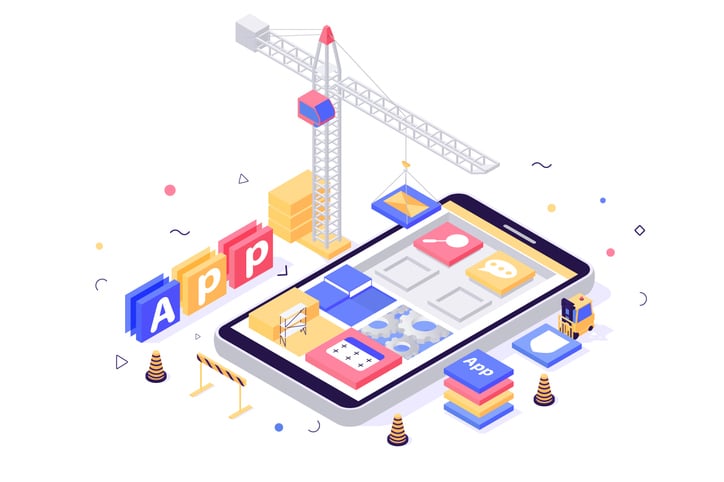 How Low-Code Development Can Help Professional Services Companies and Consultants