What Do You Need to Know About AI & Mobility Projects? 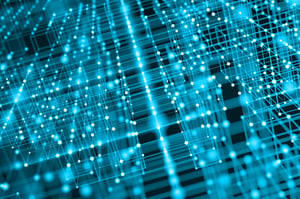 Artificial Intelligence is going to be the next big thing in mobile. More affordable sensors, rich data available in real-time and powerful analysis tools are powering the move. Here's what you need to know and the steps you should take at your organization to keep pace with your competition.

Artificial Intelligence: We’re Entering the Age of Smart Everything

In fact, Gartner vice president and Gartner Fellow David Cearley says that intelligent apps will be one of the top ten strategic trends for 2017.  He’s talking about more than just virtual digital assistants making common tasks, like prioritizing email, easier. Instead, he predicts artificial intelligence will be built into every category of mobile app in the enterprise.

Artificial intelligence is diverse, including chatbots, cloud APIs, computer vision, natural language processing, voice-to-text (and vice versa), robotics and more. Experts expect artificial intelligence I to be used for many purposes, including embedding chatbots into retail apps, adding built-in smarts to traditional enterprise applications like ERP, and integrating with context-aware smart sensors for consumer and industrial use.

The Hardware Is There

Consider this – Apple is working on a processor designed solely to perform artificial intelligence-related tasks, and it will eventually be included in many of its devices, including iPhones and iPads. And interestingly, this is one instance where Apple isn’t leading the way -- to a certain extent, it’s playing catch-up. Qualcomm recently released the Snapdragon 835 mobile processor, which has a module for machine learning and handling artificial intelligence tasks. Snapdragon processors are used in many Android phones. Google rolled out an AI-related processor called the Tensor Processor Unit back in 2016, although for now, the chip is used in Google data centers for image recognition and to deliver faster, better search results. But don’t be surprised if Google develops an AI-focused processor for mobile as well.

At the same time, the price of sensors continues to fall, making them a reality for not just the most expensive cars and appliances, but for virtually anything – from industrial machines to shoes to beverage bottles. More affordable sensors, embedded in everything from clothing to machinery, will add information to an ever-growing network of connected devices. For example, Wearable X announced $299 yoga pants that will use embedded sensors and a mobile app to help yoginis of all abilities to improve their yoga poses.

With costs falling, we’ll likely start to see sensors transmitting data on everything from road conditions to facilities usage to cars to industrial equipment. Enterprises, which in turn are using more mobile devices and wearables than ever before, will need to transmit, collect and analyze this data to make ever more intelligent decisions – and they’ll be wanting to do it in real-time. Smart machinery letting employees with mobile devices on the shop floor know they need to be fixed, sensors alerting field service employees with mobile phones that they need to make an immediate service call, and more.

This hardware news is clear evidence that artificial intelligence is truly on the verge of becoming an everyday reality. But while the hardware developments are critical, the other part of the story is the software – or applications. Once we collect the data from all these sensors, artificial intelligence will help analyze it and tell employees what to do next, but the enterprise workplace has changed. Employees have moved away from desktop PCs and paper-and-clipboards and are doing more and more business on mobile devices. Traditional business application developers must think in terms of mobile apps when they think of artificial intelligence.

The cost of mobile computing has plummeted along with major strides in mobile software development. Currently one of the biggest trends has been the adoption of internal B2B and B2E mobile business apps to make workers much more productive and efficient across the business. Until the advent of affordable and standardized mobile devices, almost all of enterprise computing centered around making desk-bound workers more productive. “Standing workers” -- which represent 60% of the 2.5 billion workers worldwide -- were forced to use paper and clipboards or interact at a stationary terminal to directly affect business processes. Companies have realized that bringing the standing worker into the 21st Century and away from pens and clipboards or terminals is essential to remaining competitive.

Now employees can get information exactly where they work – at a lower cost, whether that be on the shop floor, in a customer meeting, at a construction site, or doing a field repair. Add mobile sensors and artificial intelligence to the mix and you have a powerful combination. Fail to incorporate them and your mobile app may be on the verge of being obsolete before you get it deployed.

What sets mobile apps apart from traditional applications on desktop PCs is their ability to be aware of their location and the outside world using sensors. Adding AI to the mix makes apps even more useful. Here’s some examples of artificial intelligence and machine learning using input from the sensors and make recommendations on what you should do next with the power of a mobile app:

The combination of mobile apps, sensors, and artificial intelligence can radically change how business is done and goes far beyond what traditional desktop apps have ever been expected to do. Analysts expect this kind of AI capability to be built into many mobile apps in the coming year, not just for fitness trackers. As a result, developers who can build contextually aware, intelligent apps that make use of big data will be in demand. And sooner than you think, because it’s likely your competitor is already getting ahead of you.

While many of these are game-changing technologies that took months or years to get to market, there’s the good news: you can start small and quickly. Business developers in many industries are already helping line of business users improve decisions and streamline business processes with limited budgets, simply applying artificial intelligence to the current UI plan in current app projects.

While these sound like smaller steps, there are still many artificial intelligence technologies and vendors on market. Which AI technologies should you look at first if you have limited time or budget?

How to Get Up to Speed Quickly: Embedding Artificial Intelligence Into Apps

Download our comprehensive guide: How to Add Artificial Intelligence Capabilities to Your Mobile Apps to learn how to: