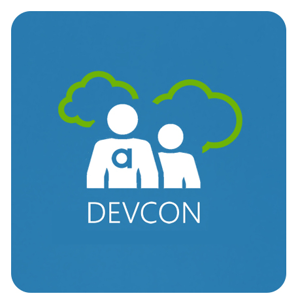 Developers gathered in Newport, Rhode Island this morning at Alpha DevCon 2017 to network and discuss some of the pressing challenges in web and mobile app development and to hear presentations on what’s coming next in business app development. Highlights include:

The Future of Robotics, AI and App Development

In the opening keynote, Tom Ryden, executive director of MassRobotics, took attendees into the future with a look at the coming robotics explosion, expected to be a $27Bil market by 2025. He explained that the biggest trend in manufacturing is “collaborative robots” – where robots are paired up with a human, working side-by-side. He showed examples of robotics in several industries, in particular, examples of the impact of robotics in manufacturing and logistics. He provided and example of how Amazon has revolutionized warehousing with shelves that are robotically brought to the warehouse worker.

Tom Ryden of MassRobotics explained that the robotics market is expected to reach $27 Billion by 2025.

Tom talked about the critical role of app development in the world of robotics. Tom explained robots make these types of activities possible, but stressed the importance of the software that powers them to make them useful or autonomous. To highlight the importance of software development, Ryden explained that in a common business scenario ¼ of costs go to buying the robot arm and ¾ of the cost is dedicated to the programming and systems to make that robot arm do the work. He cited an example of a worker using a drone to do agriculture field inspection. Knowing where the robot is and directing it properly is critical, so that the robot gets back to it’s charging station before its charge runs out and it crashes somewhere in the field. The farmer doesn’t want to have to manually control the robot and wants it to run autonomously. Well-done app dev is critical here. He provided the example of MITRE as being able to get into any car and manipulate it, and stressed the importance of security in app development. Then he spoke about the importance of apps utilizing data properly. To reinforce his point, he shared an infographic on the amount of data coming off a car as a shocking example of big data challenges and how robotic devices will add to the challenge:

A look at the amount of data autonomous cars produce.

Tom explained that right now, app development is an afterthought – the focus is getting the robot to work. As a result, good software standards or standard bodies have not emerged yet. It appears there is a great opportunity for developers from companies like Alpha Software to influence robotics app development.

After Tom Ryden’s vision of the future, CTO Dan Bricklin took the stage for the reveal of the highly-anticipated Project Tetris.  Dan showed the latest Alpha Anywhere innovation that accelerates app development of data capture and dispatch apps to minutes or hours versus weeks using low code platforms

Project Tetris is the first step in speeding app development for experienced developers and eventually citizen developers who cannot or do not want to code, while providing the full, deep capabilities required by developers building enterprise apps.

Today’s reveal represents the Company’s first phase of speeding app development and bringing robust app development capabilities to citizen developers. Bricklin showed the audience how a developer can produce a multi-table rich data capture app with images, audio, offline capability and more in minutes versus competitive products that take weeks to accomplish the same result and even then often produce web apps that do not have the features, functionality or native user experience that Project Tetris apps have.

A competitive benchmark against a major low-code competitor was shown, where a developer built a Project Tetris app in 20 minutes, while the in 5 hours the developer was still struggling to build the app and hadn’t yet added key capabilities on the competitive platform.

Alpha Software President Selwyn Rabins joined the Project Tetris demonstration to explain the that Project Tetris is perfect for data capture and dispatch apps. Examples included: an app for a repair man dispatched into the field when  getting/capturing information at key sites. These are compelling use cases that developers often face.

One customer’s reaction to Project Tetris during the Q&A session: “How did you get in my head? This is exactly what I need right now. Thank you!”

Another reaction – “Over the years we have built systems that have been used to capture information over 30 million times. Project Tetris blows away the technology we have been using – until now!”

——Watch for More Info on Project Tetris this week!——

Lokesh Kholsa, the founding partner of Magnus Data, took the stage to share some big data trends and advise developers on what to think about as business consume and look for insights in more and more business data. He observed that 70-80% of companies are still struggling with putting big data in a format that can be efficiently and effectively utilized. He spoke about the importance of data repositories and data cleansing. “If the data isn’t organized and can’t be utilized, it’s still garbage in, garbage out.”  His presentation compared on premise vs. cloud-based hosting and shared a quick comparison list:

Lokesh Khosla of Magnus Data spoke on the pros and cons of on-prem vs. cloud.

He then shared the difference between Traditional BI and Big Data Analytics, summing the difference up as: Traditional BI focuses on diagnostics or “Causation: what happened and why” while Big Data Analytics focuses on “Correlation: new insights and more accurate answers” with focus on predictive analytics, data science and beyond trend analysis. He spoke about the differences in key technologies like MongoDB and Hadoop and introduced concepts such as “Massively Powered Big Data Systems.” Khosla ended the presentation, by explained the role Alpha Anywhere plays in the new big data ecosystem.

One view of how Alpha Software fits into the big data world.

The morning session closed with Alpha Software VP of Sales Morris Porter and Alpha Software Solutions Engineer Chris Martin providing a humorous skit on the typical challenges that arise when an LOB client asks a developer “how fast will my new app be in the app store?” and the host of questions that come after that.  They discussed Alpha Launch for deploying mobile applications without needing to go through the complex process of provisioning profiles and submitting applications for review to public app stores – solving many of these challenges and saving developers significant time.

Alpha DevCon continues this afternoon, tomorrow at Friday at the Hotel Viking in Newport, Rhode Island. 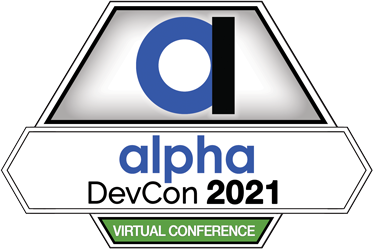 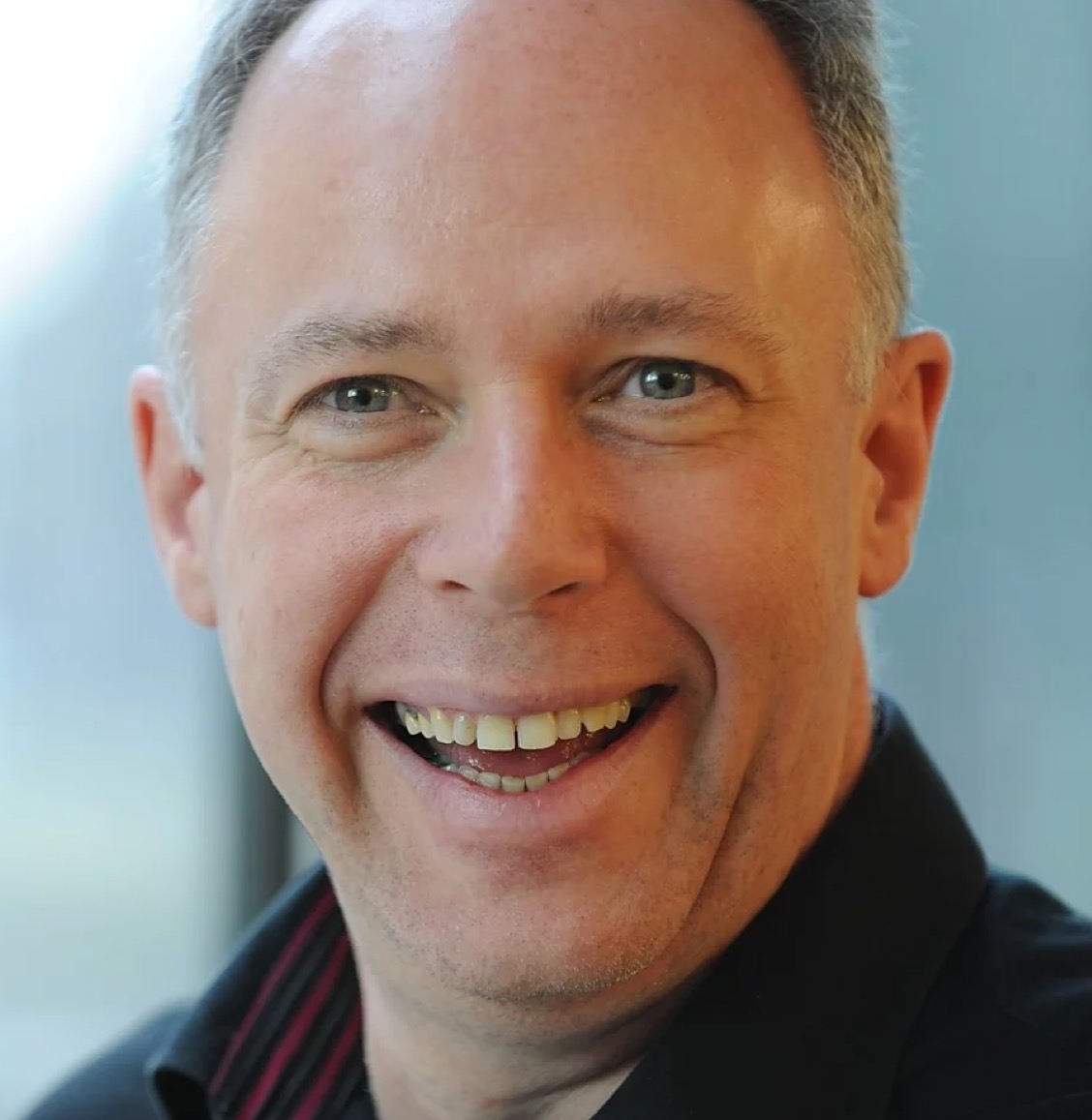 Alpha DevCon 2020 Sessions Announced
The Alpha platform is the only unified mobile and web app development and deployment environment with distinct “no-code” and “low-code” components. Using the Alpha TransForm no-code product, business users and developers can take full advantage of all the capabilities of the smartphone to turn any form into a mobile app in minutes, and power users can add advanced app functionality with Alpha TransForm's built-in programming language. IT developers can use the Alpha Anywhere low-code environment to develop complex web or mobile business apps from scratch, integrate data with existing systems of record and workflows (including data collected via Alpha TransForm), and add additional security or authentication requirements to protect corporate data.