Want more evidence that low-code/no-code development platforms will become the most popular tools for software development? Gartner now says that citizen developers are on track to outnumber professional developers by a four-to-one margin at large companies.

What is Citizen Development?

Citizen development occurs when a company tasks line-of-business professional with building mobile apps. By increasing the rate of app development, the business can be digitally transformed faster.

Citizen Development often puts guidelines in place that guide citizen developers in creating business applications. These guidelines may include:

Should IT Departments Support Citizen Development? 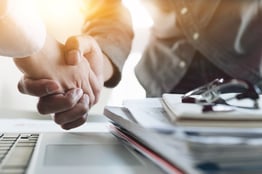 The VentureBeat article points to a presentation by Gartner distinguished VP and analyst on software design and application development Jason Wong at a recent Gartner IT Symposium said he believes that low-code/no-code platforms will eventually use Articial Intelligence to make citizen developers even more powerful. He says, “They will use AI to automate what’s happening behind the scenes. And if you’re a citizen developer business user, you might just trust that the tool is giving you the right models.”

That makes it even more important that IT and citizen developers work hand in hand. Wong warns, “The worst that can happen is IT and the business are not on the same page about how their low-code and no-code tools are being used.”

Why Are Businesses Investing in Citizen Development? 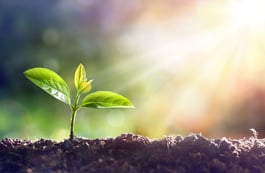 Why will that happen? Wong said that businesses need to use “hyperautomation” if they are going to thrive in today’s and tomorrow’s markets – and that low-code/no-code development platforms are vital to building that hyperautomation.

What exactly is hyperautomation? Gartner describes it this way: “a business-driven, disciplined approach that organizations use to rapidly identify, vet, and automate as many businesses and IT processes as possible.”

Wong told the symposium that, in the words of the VentureBeat article, “The possibilities (of hyperautomation) are so vast that IT can’t pursue them alone — and shouldn’t try to…. Instead of complaining about ‘shadow IT’ efforts outside the control of the CIO, IT should engage with business unit developers to make sure they have what they need to get their work done.” 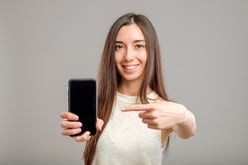 Those business units, Wong says, have plenty of citizen developers who can use low-code/no-code development tools to automate business processes and get businesses closer to hyperautomation.

Wong says it’s important that IT recognize these citizen developers do work that is absolutely vital to enterprises. He says, “In fact, they are doing serious work. They create algorithms. They create user interfaces that make it easier for their teams to do their work.”

And they’re not just tweaking existing features, he adds. They’re creating entirely new capabilities: “They see the power of workflow and business logic.”

What is the Best Low-Code Software for Citizen Development Initiatives? 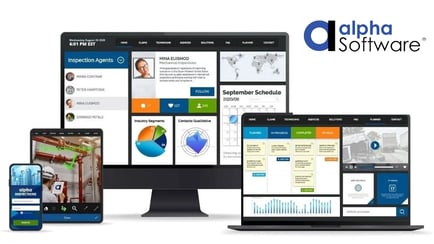 Alpha Anywhere low code app development software is an excellent option for citizen developers that want to create business apps with advanced features. This low-code software produces web and mobile apps that can easily access and integrate with any database or web service and can include role-based security and robust offline functionality. Build apps for free with Alpha Anywhere Community Edition.

What No-Code Software is Best for the Citizen Development Movement?