The collapsed condo in Surfside, Florida is a horrible tragedy, with more than 100 people already dead as I write this, and many others still missing. The cause of the collapse isn’t yet known. But experts point to potential problems with the construction, and maintenance woes that might have gone unaddressed for years.

According to a recent Fast Company article, "Researchers have known for years that reinforced concrete structures face increased vulnerabilities due to climate change." The article explains that chloride from salt water can also cause damage as it gets into tiny cracks in concerete and destablizes structures.

And buildings aren't he only concern.  According to a report from the American Society of Civil Engineers, 42% of U.S. bridges are older than their designed lifetimes of 50 years, and 7.5% are considered structurally deficient. 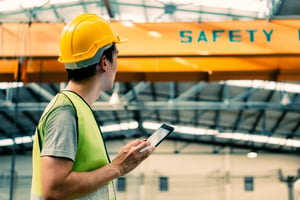 In order to keep citizens safe, federal, state and local governments, as well as commercial property owners, need to assess their infrastructure quickly and make critical repairs before a crisis occurs. Traditionally, inspections have been done on paper and clipboards, processed manually and file in drawers, but the time has come to update this process and move it to the digital world. By using mobile devices and making the data available to immediately share and analyze, inspectors, engineers, property managers and government officials can more rapidly inspect and certify areas as safe.

But just because the precise cause of the Surfside collapse isn’t known, experts say that safety requires that buildings and other infrastructure should be regularly inspected to make sure no other similar tragedies occur. And it’s clear that one of the best ways to perform inspections are via government mobile apps. Not only is digital information faster to share and access that paper information, but smartphones and tablets can capture richer data than paper-based forms. Inspectors can share images of cracks, water damage, safety equipment and more. They can scan fire equipment barcodes and automatically capture time, date and location information. Digital forms tend to be less prone to errors, and lead to faster, more accurate inspections. Red flags can also be processed faster or even kickoff a workflow to get a repair or engineering assessment started. This, in turn, leada to safer buildings, and ultimately fewer tragedies.

With increased attention on inspecting older infrastructure, and the President Biden supporting his Infrastructure Bill, inspectors will be in high demand and short supply. By speeding these inspections with better technology, government agencies and engineering companies can enable their inspectors to conduct more inspections each day, and train new inspectors in their process faster.

Read how one inspection company used mobile apps to save 40 man hours per week. 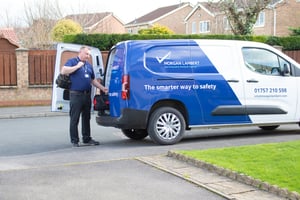 Just one example is U.K.-based Morgan Lambert. The company specializes in gas and electrical safety management for social housing projects. (In the U.S. it’s called public housing.) It performs audits and inspections on recently completed gas and electrical work to make sure that engineers are performing to the appropriate quality standards and equipment and infrastructure is safe and adheres to numerous important rules and regulations.

Using the Alpha Anywhere mobile app development platform, the company built mobile apps and a web portal for their work. The core of Morgan Lambert’s system, a web portal, was written using Alpha Anywhere. When the company’s auditors and inspectors complete their reports, including photographic evidence, they are stored on a server. The portal, written with Alpha Anywhere, connects to the server and lets people with the right access, including housing officials and contractors who do gas and electrical work, search through and display the audits and data in multiple ways. (Read a recent case study on Morgan Lambert's use of Alpha Software mobile apps for vital gas and electrical safety inspections.)

If you want to build mobile inspection apps, you can do it for free with Alpha Anywhere Community Edition. You’ll be able to build apps that speed inspections, scheduling, dispatching, and more. Take the time you need to build all the apps you need, then publish and host the apps for as little as $99/month. We even offer free app templates you can use. Start building apps for free with a free copy of Alpha Anywhere Community Edition.

View some of our inspection app templates: 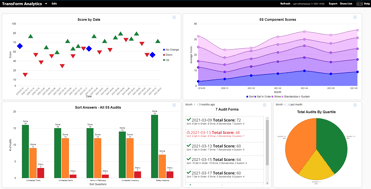