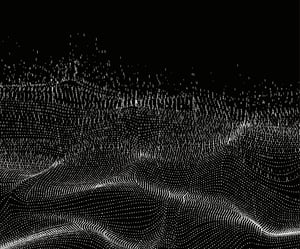 New research shows low code software could be the help IT has been looking for.

IT is beleaguered and feels under attack thanks to skyrocketing demand for mobile app development, a stubborn app backlog, pressure to quickly digitally transform companies, and a rise in external disruptive forces like cyber attacks.

So finds the survey, “Development, 2019: Is IT Ready for Disruption?” of 3,300 IT professionals from around the world by OutSystems. But there’s also good news in it as well: Low-code software can help solve many of IT’s worst woes.

OutSystems CMO Steve Rotter sums up IT’s biggest problems this way: “Our 2019 survey shows that many IT departments are facing a multitude of disruptive forces when it comes to digital transformation and application development. The threat of digital disruption and the need for digital transformation has been a driver of IT strategy for years. Add to that the current uncertain global economic outlook, and it becomes obvious why business leaders are so concerned about agility today.”

The survey found demand for app development continues to soar: The number of apps that IT says it will deliver in 2019 is 60 percent more than in 2018. Thirty eight percent of respondents plan to deliver 25 or more apps this year, and fifteen percent say they’ll deliver 100 or more.

New IT Survey:
The number of apps that IT says it will deliver in 2019 is 60 percent more than in 2018, and already 64% of IT professionals surveyed say they already have an app dev backlog.

While demand soars, backlogs continue to plague IT, with 64 percent of respondents reporting they have an app dev backlog. Nineteen percent say the backlog is more than 10 apps.

The report found that IT continues to struggle to find and hire development talent. It found: “The vast majority of responding organizations have hired multiple app dev roles in the past year. Only 15% of respondents described such recruitment as easy, and for many specialties, recruitment was described as hard or very hard. Despite such recruitment, only 36% of organizations have larger app dev teams than a year ago. So, for many organizations, retention of developer talent appears to be an equally grave challenge.”

According to the report: “Uncertainty and disruptive threats appear to be on the rise. Asked to evaluate potential risks, senior respondents ranked changes in customer preference or behavior as their number one risk factor, closely followed by regulatory change, cyber-attack, and more nimble competitors.”

66% of low-code development users said it increased digital innovation and transformation, 66% said it increased their responsiveness to the business, and 45% said it reduced their dependency on hiring hard-to-find technical people.

Mark Weaser, Regional Vice-President, APAC, OutSystems sums up the benefits of low code software this way: “Our findings in the 2019 State of Application Development Report crystallize a trend we have been observing in recent years - the uptake of low-code development platforms supporting innovation, continuous delivery, and better talent resource management in enterprises.”

Evaluating Low-Code Development as an Option for Your Company?

Alpha TransForm (for non-developers) and Alpha Anywhere (for developers) are ideal low-code and no-code tools for enterprise development. The products can work independently or together as a single platform, and can solve the worst IT woes. Alpha TransForm helps business users digitize paper forms or business processes in minutes and create powerful mobile apps with the latest mobile features (camera, GPS, etc.) for fast, accurate data capture anytime, anywhere -- even without a cell or WiFi signal. More experienced developers can use Alpha Anywhere to rapidly create more complex mobile apps or web apps that can easily access and integrate with any database or web service and can exploit built-in role-based security or robust offline functionality. Learn more and take a free trial for 30 days.

low code application development, shadow IT
How Mobile Will Help the Oil and Gas Industry Thrive in 2019
Afraid of Losing Your Developers? low Code Developers Have Higher Job Satisfaction