Building native mobile apps for multiple platforms can double or triple the number of resources and amount of time necessary to develop apps.

Professional mobile application developers have only so many hours in a day, and in the past, many have felt that they needed to spend their time becoming an expert in only a single mobile app platform. But increasingly, that seems to be a losing proposition.

A new survey from Vision Mobile provides details on cross-platform mobile application development, and much more about the current state of mobile development.

The report, Developer Economics: State of the Developer Nation Q3 2015, was based on interviews with more than 13,000 developers. It covers a wide variety of topics, including mobile apps, desktop, cloud, and Internet of Things.

One of the more intriguing findings has to do with what mobile platforms developers target.

Android is the most popular mobile platform, with 71% developing for it.

iOS is the second most popular mobile platform.

Windows Phone is a distant third and shrinking.

But more interesting is how many developers build both Android and iOS apps --- a full 44% of professional developers. (If you include hobbyists, that number shrinks to 37%). Cross platform development covers all bases. 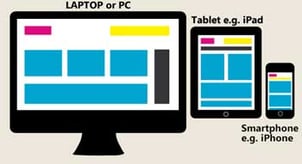 The reason for the popularity of mobile Web sites, according to the report?

"Users are becoming more reluctant to download new apps just to try them out, and developers can’t rely on app stores for discovery. A presence on the mobile web enables developers to provide a better idea of the product or service on offer - more interactive than an app store listing. Having a desktop-only website that points mobile visitors to the app stores is increasingly seen as unacceptable."

All this points to the importance of finding a tool that allows developers to build an app once and then have it run as an Android native app, an iOS native app, or as a mobile Web site.

Alpha Anywhere's rapid mobile application development platform allows you to build an app once and deploy it to multiple platforms - including desktop, web, and mobile. It's an award-winning cross-platform mobile app development solution, with offline capability, enterprise security and rich integration features.

How Agency Data LLC Alpha Anywhere SaaS Solution Revolutionized Home Health and Hospice Care
Top Rated Low-code Software - Alpha Software
The Alpha platform is the only unified mobile and web app development and deployment environment with distinct “no-code” and “low-code” components. Using the Alpha TransForm no-code product, business users and developers can take full advantage of all the capabilities of the smartphone to turn any form into a mobile app in minutes, and power users can add advanced app functionality with Alpha TransForm's built-in programming language. IT developers can use the Alpha Anywhere low-code environment to develop complex web or mobile business apps from scratch, integrate data with existing systems of record and workflows (including data collected via Alpha TransForm), and add additional security or authentication requirements to protect corporate data.