No-Code Developers: A Generation That Will Transform the Workforce

The use of no-code tools by citizen developers is growing. App Development was once relegated to the IT department, but now it's coming under the management of business groups.

Low-code platforms and no-code tools are transforming the workforce.

No-Code Use is Growing

Gartner says that by 2024, these tools will be used for more than 65% of all application development. Gartner adds that 66% of large companies will use a minimum of four low-code platforms. But that’s just a start.

A demographic tsunami is starting to hit the workforce that will make no-code/low-code tools ubiquitous. So says TechCrunch’s blog post “The No-Code Generation is arriving.”

The article starts by pointing out, “Over the past two or so years, we have seen the rise of a whole class of software that has been broadly (and quite inaccurately) dubbed ‘no-code platforms.’ These tools are designed to make it much easier for users to harness the power of computing in their daily work. That could be everything from calculating the most successful digital ad campaigns given some sort of objective function, or perhaps integrating a computer vision library into a workflow that calculates the number of people entering or exiting a building… Projects that once took a team of engineers some hours to build can now be stitched together in a couple of clicks through a user interface.”

It adds, though, that even no-code/low-code development platforms require that non-programmers think like programmers: “No-code tools aren’t successful just because they are easier to use — they are successful because they are connecting with a new generation that understands precisely the sort of logic required by these platforms to function. Today’s students don’t just see their computers and mobile devices as consumption screens and have the ability to turn them on. They are widely using them as tools of self-expression, research and analysis.”

This new generation of app makers, the article says, has the right skills, background and outlook to make use of low-code/no-code, whether they’re programmers or not. It points out, “the degree of fluency these new workers have for these technologies, and just how many members of this generation seem prepared to use them. They just don’t have the fear to try new programs, and they know they can always use search engines to find answers to problems they are having…the productivity difference between basic computer literacy and a bit more advanced expertise is profound. Even basic but accurate data analysis on a business can raise performance substantially compared to gut instinct and expired spreadsheets.”

Apps Will Be Built by Workers Everywhere

The article concludes: “This generation is raising the bar on how data is used in the workplace, in business, and in entrepreneurship. They are better than ever at bringing together various individual services and cohering them into effective experiences for their customers, readers, and users. The No-Code Generation has the potential to finally fill that missing productivity gap in the global economy, making our lives better, while saving time for everyone.”

digital transformation, citizen development, no code app development, nocode
How Alpha Anywhere Can Help the Self-Employed Increase Success
No-Code Software: Is the Future of Coding “No Coding at All?” 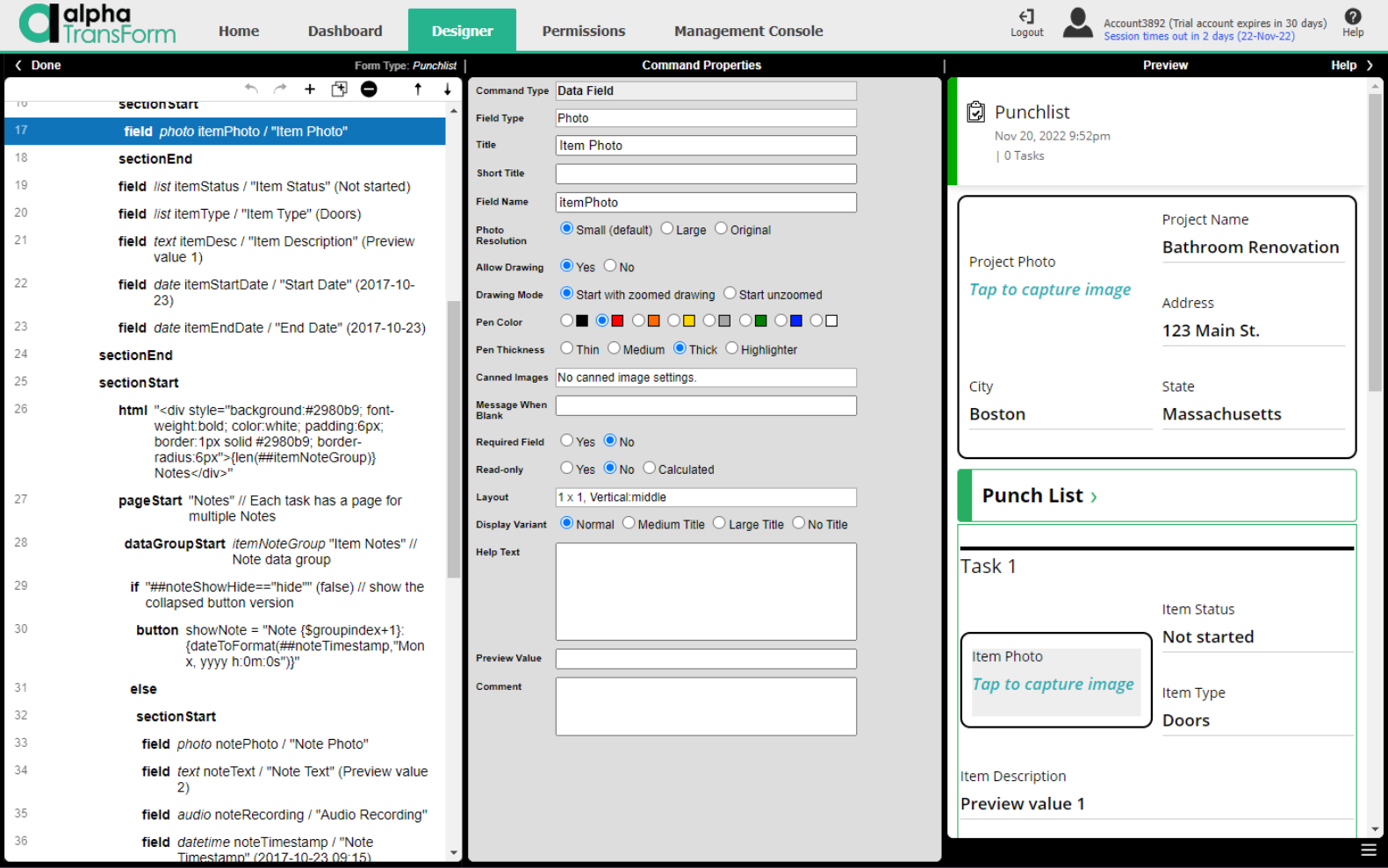 Best No Code IOS App Builders for 2023
The Alpha platform is the only unified mobile and web app development and deployment environment with distinct “no-code” and “low-code” components. Using the Alpha TransForm no-code product, business users and developers can take full advantage of all the capabilities of the smartphone to turn any form into a mobile app in minutes, and power users can add advanced app functionality with Alpha TransForm's built-in programming language. IT developers can use the Alpha Anywhere low-code environment to develop complex web or mobile business apps from scratch, integrate data with existing systems of record and workflows (including data collected via Alpha TransForm), and add additional security or authentication requirements to protect corporate data.