What To Know About Low Code/ No Code Platforms & Security 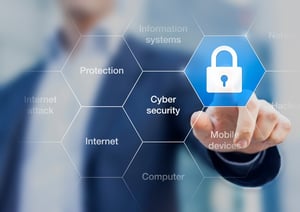 That’s the question posed by the article in Dark Reading, “In App Development, Does No Code Mean No Security?” The article poses the conundrum simply: “The question is whether no code also means no security.” It goes on to quote Vinay Mamidi, senior director of project management at security vendor Virsec: “While trained developers may have varying levels of skill in security, no code developers are generally oblivious to security best practices or risks.”

The reason for that, the article notes, is that no code developers haven’t been trained in security, as have more-experienced developers. Because of that, it’s vital that businesses choose low code/ no code platforms that “themselves build security into the final product,” the article says.

Mounir Hahad, head of Juniper Threat Labs at Juniper Networks believes that the right low code/ no code platform may be even more secure than other development tools. That’s because low code development platforms assume that whoever is writing applications will not have a background in security, and so take care of a lot of security issues by themselves. He notes that with these platforms, “There's a huge step up [in security] because there is a common denominator as far as security best practices and implementations that framework providers build into their own SDLC [software development lifecycle]."

That doesn’t mean, though, that IT should assume that every aspect of security will be handled by the platforms. Hahad warns, “In no way does this solve the general problem of securing an application. Patching for vulnerable subsystems and third-party code still needs to be done, for example."

Virsec’s Mamidi adds, “Enterprises must find ways to audit processes and vendors, and maintain reasonable security oversight, even if that makes the [development] process a bit less convenient.”

The same general rules of security apply whether your company uses traditional development tools or a solid low code/ no code platform. The article concludes that it’s vital for organizations to have someone focused on security. It quotes Jason Kent, hacker in residence at Cequent, saying “The most successful organizations that I see have an application security architect — somebody with a foot in security and a foot in development. They can more easily identify and define the kinds of controls that you need to make low code/ no code environments secure and still collaborative."

Ensuring no code/ low code development platform security starts with understanding the various risks involved. Here are the most important things for developers to be aware of:

As you shop around for the right no code/ low code platform, make sure to address all of the above safety concerns with each vendor. This will help you determine which solution provider is the safest, smartest match for your business.

Alpha TransForm (for non-developers) and Alpha Anywhere (for developers) are no code /low code tools that include the highest levels of enterprise security. Alpha Anywhere has the unique ability to rapidly create mobile-optimized forms and field apps that can easily access and integrate with any database or web service and can exploit built-in role-based security or robust offline functionality. Alpha TransForm and Alpha Anywhere can work independently or together as a single platform and are well-suited for both IT, citizen developers and other staff.  Alpha TransForm helps business users craft online or offline mobile apps that utilize the latest mobile features (camera, GPS, etc.) for fast, accurate data capture. Learn more and sign up for a free 30-day trial here!.

Further Reading:
Guide to Low-Code Development: How to Choose the Right Low-Code Tool for Your Organization