Connecting TransForm with Evernote Through Zapier

Zapier lets you instantly connect Alpha TransForm to 1,000+ other web services, allowing you to automate day-to-day tasks and build workflows between apps that otherwise wouldn't be possible. This includes tools such as Evernote, a popular note taking application used for a wide variety of tasks, including task tracking, drafting articles, or capturing ideas.

We recently demoed a Zap in our TransForm Tuesday Webinar that generates a new note in Evernote whenever a new TransForm form is submitted. The form was a "Travel" form that captures the following information: date, location, title, text entry, and one or more photos. While this information could be viewed easily from within the TransForm app, it would be nice to have them automatically formatted and added to an Evernote Notebook where they can be tagged, searched, or shared with colleagues.

TransForm can integrate directly with Evernote, however if your form contains Data Groups . Zapier has limited support for arrays, which are only supported in apps and triggers that have added line item functionality.

Unfortunately, Evernote does not support line items in their Add a New Note action. In order to include a beautiful listing of photos and descriptions in the Note, the images need to be preprocessed into the desired format for the Note. To do this, we'll use the Code Zap.

1. Add a new Zap between the TransForm and Evernote Zaps. Select Code from the list of Built-in Apps: 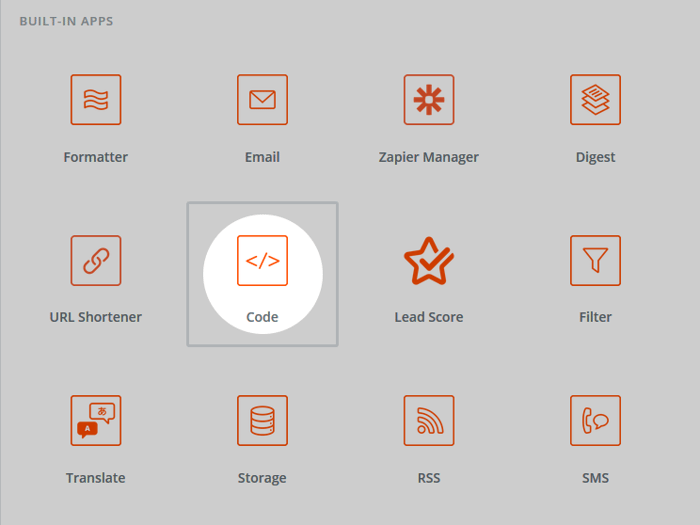 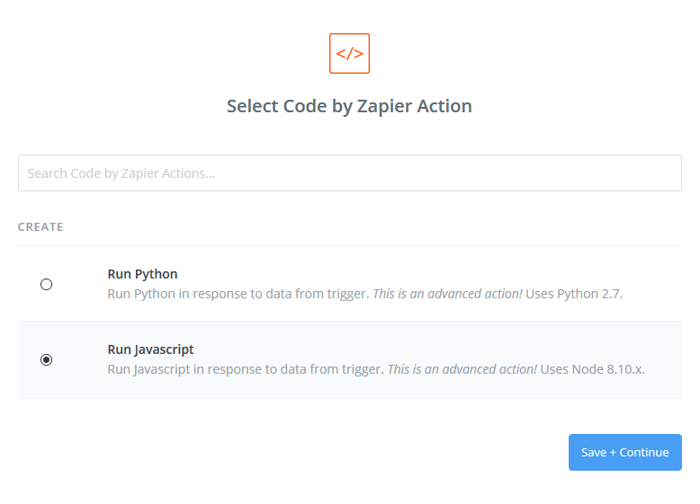 3. In the Input Data section, select the Data Group fields you would like to include in the Evernote template. Be sure to give the fields meaningful names (they'll be referenced later in our JavaScript template.)

4. In the Code section, add the JavaScript to parse the input to the format needed in the Evernote template. Evernote supports basic HTML for embedding images and formatting text. The example below takes the variable shown in the image above and builds a set of images with descriptions.

// Convert to an array of descriptions
// IMPORTANT: This will fail if commas are used in descriptions!
var desc;
desc = inputData.descriptions.split(",");

5. Include the formatted images from Step 2 in the Note template.

Now, whenever a new form is submitted to Alpha TransForm, it will automatically generate a new entry with the photos captioned and rendered as images instead of URLs.

Start creating your own Zaps for Alpha TransForm today.

Read the announcement on Zapier integration coming to Alpha TransForm.

Get a free 30-day trial of Alpha Transform.

Go Paperless: Using Mobile Forms Can Fatten Your Bottom Line
The Alpha platform is the only unified mobile and web app development and deployment environment with distinct “no-code” and “low-code” components. Using the Alpha TransForm no-code product, business users and developers can take full advantage of all the capabilities of the smartphone to turn any form into a mobile app in minutes, and power users can add advanced app functionality with Alpha TransForm's built-in programming language. IT developers can use the Alpha Anywhere low-code environment to develop complex web or mobile business apps from scratch, integrate data with existing systems of record and workflows (including data collected via Alpha TransForm), and add additional security or authentication requirements to protect corporate data.