Developers need to get an enormous amount of new business apps built. New cross platform development tools are the only way to do it.

Mobile enterprise apps often require features not normally present in your standard mobile apps, such as database integration and data encryption. In the "bring your own device" workplace, mobile business apps need to work on a wide range of devices, requiring an app work on multiple mobile platforms. Developing mobile apps for enterprises is being slowed by limited resources, the lack of tools for developing apps for multiple platforms, and fast-changing technology requirements. So concludes a new survey, 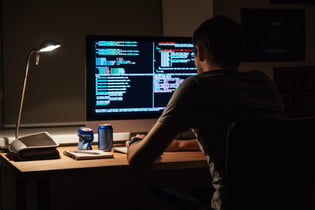 The State of Mobility Survey 2015, interviewed over 3,000 IT professionals on development trends. The survey found the development of mobile apps has been slowed by a variety of factors.

The roadblock cited by most respondents -- 19% of them -- was that developers simply didn't have enough time to get their jobs done. The second-most cited factor was changes in technology or development practices, cited by 16%. The third was the lack of development tools to deal with multiple platforms and devices, cited by 15%. Fourteen percent cited the lack of detailed and updated specifications. And 13% said budgetary constraints were a key issue.

Even though developers are called on to write for multiple platforms, they're struggling to do it. Thirty-six percent of respondents say that is the most difficult part of building apps. An equal number say the most challenging part of writing mobile apps is creating a clean user interface. 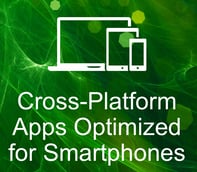 As for the most common approach to developing mobile apps, hybrid is the top choice, cited by 33%, followed by native with 25%, and the Web with 19%. Although the survey didn't cite precise numbers, it found that developers don't have the multi-platform development tools they need for developing mobile apps for multiple platforms.

Agency Data Used Alpha Anywhere to Revolutionise Home Health and Care
The Alpha platform is the only unified mobile and web app development and deployment environment with distinct “no-code” and “low-code” components. Using the Alpha TransForm no-code product, business users and developers can take full advantage of all the capabilities of the smartphone to turn any form into a mobile app in minutes, and power users can add advanced app functionality with Alpha TransForm's built-in programming language. IT developers can use the Alpha Anywhere low-code environment to develop complex web or mobile business apps from scratch, integrate data with existing systems of record and workflows (including data collected via Alpha TransForm), and add additional security or authentication requirements to protect corporate data.