Is the Citizen Developer Movement Hype? 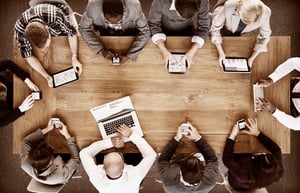 There’s been a lot of words written about so-called citizen-developers, non-technical business experts who use low code or no-code rapid mobile application development tools (RMADs) to build mobile apps instead of having to wait while IT writes them. But talk is one thing and facts another. What is the truth about citizen developers — is the citizen developer movement hype that will soon be forgotten, or a real valid business movement?

A new survey, “The Rise of the Empowered Citizen Developer” by Unisphere Research and sponsored by Kinote, has some answers. And they all point in the same direction: Citizen developers have become a vital part of enterprise mobile app development and will become even more so in the future.

The survey found that citizen developers are alive, well and thriving in enterprises. Some 76 percent of respondents said at least some applications at their companies were being developed outside of IT. Only 16 percent said that there were attempts in their businesses to “clamp down on citizen development activity.” In a little over 25 percent of companies there is no formal policy in place regarding citizen developers, while in 42 percent, “non-IT app development is allowed, or in some cases, actively encouraged.”

There’s lots of evidence in the survey to explain why the movement is gaining steam. It found that citizen developers get applications written and out the door faster than do IT departments — in only a few weeks to a few months, say 34 percent of respondents. Only 17 percent say that it takes more than three months.

The survey also found that IT departments are in the dark about how badly they’re viewed by the rest of the organization. Some 35 percent of non-IT respondents, for example, are unhappy with IT’s speed of app delivery, while only 16 percent of IT respondents cite it as a problem.

As a result of all this, “One-third of organizations are highly proactive in supporting their citizen developers with training and platforms,” the survey found. And 84 percent of respondents want to see their companies do more to encourage and support citizen developers.

Lots of other research backs up this survey’s findings. For example, Gartner says that by 2018 more than half of all B2E mobile will be written by citizen developers using RMAD tools.  And here's an infographic on citizen development by the University of Alabama at Birmingham Information Systems Program that is full of research data and statics about the power of - and expected growth of - citizen development.

I recently wrote a white paper with extensive industry and analysts research statistics about the mobile app explosion in enterprises, the overwhelming demand on IT for business apps, and how companies are empowering line of business workers to eliminate the backlog in my comprehensive white paper "Citizen Developers: The Democratization of Mobile and Web App Development."

To read more about the rise of citizen developers, read my related blogs Why Writing Your Own Apps (By Citizen Developers) is the Next Business Trend and Need More Business Apps? The Democratization of App Development. 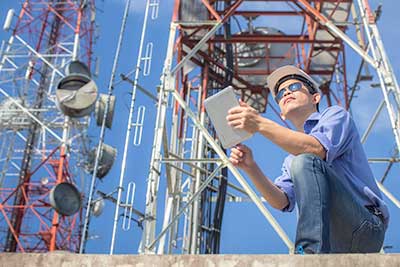 How to Build a Mobile, Cloud-Based Digital Workspace that Really Works