At Alpha Software, we’re big believers in democratizing technology. And we’re more than just believers. It’s a vital part of our DNA, and we work hard to spread its power to anyone who wants it. Our CTO, Dan Bricklin, was one of the pioneers in the early PC revolution, and has done as much as anyone to bring the benefits of technology to anyone who wants it. Read this Forbes article about Dan entitled, "Machine of the Year: Automation, Augmention and 'Democratization'."

Back in 1979, Bricklin came up with the idea for the world’s first electronic spreadsheet, when he was an MBA student at Harvard Business School. He founded Software Arts along with Bob Frankston to pursue his dream, and wrote the VisiCalc spreadsheet. He designed it to run not on an expensive, high-powered mainframe or minicomputer, available to only a few people. Instead, it would run on a computer for the masses — an Apple II. Anyone could use it without any training. It’s generally recognized as the PC’s first “killer app,” and did a great deal to help launch the personal computer revolution. Every spreadsheet in existence builds on ideas Bricklin first developed.

As Alpha Software CTO, Dan is continuing his four-decade commitment to democratizing technology. Today, though, his work doesn’t have to do with spreadsheets and desktop computers. Instead, it’s helping empower wide ranger of developers and business users develop mobile and web apps -- even those without any coding or mobile app development experience.

Alpha Anywhere is a rapid mobile app development (RMAD) tool, which lets developers without mobile development experience build mobile apps. His work has helped propel Alpha Anywhere to the forefront of the industry for technological innovation with an InfoWorld Technology of the Year Award and stellar reviews from third party product review sites like Gartner Peer Insights.

At Alpha Software, Bricklin is responsible for leading the charge to evolve the Alpha Anywhere platform to serve both professional developers and IT staff, as well as citizen developers. His early work in this area, includes the new TransForm capability within Alpha Anywhere that allows virtually anyone to build and deploy enterprise-grade custom apps with a wide range o complexity easily and in 20-30 minutes: 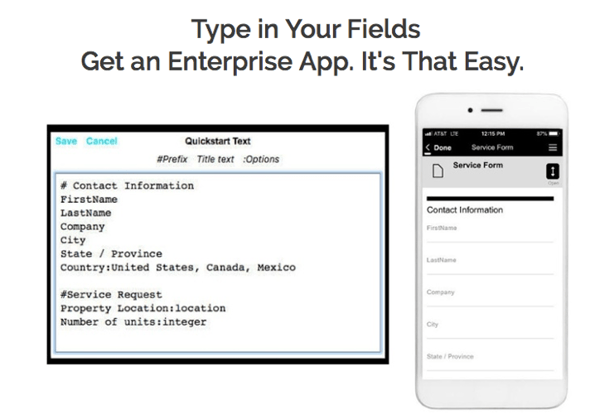 ...and there are more citizen developer-focused innovations coming from Alpha Software in 2018.

We’re proud to be part of the movement to democratize technology, started by Dan and others back in the 1970s, and look forward to making mobile app development a reality for the majority of business users.

Dan Bricklin's work to democratize app development continues to gain recognition in the market.  On July 19th, MassTLC named Dan Bricklin a finalist for "CTO of the Year", with winner to be announced in October at an event in Boston.