Shadow IT Endangers Your Enterprise. Here’s How to Fix It.

How Can you Protect Your Enterprise Against Shadow IT? 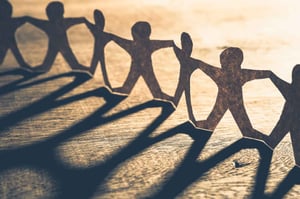 Think your company isn’t endangered by shadow IT? Think again. Research shows that companies vastly underestimate the amount of shadow IT in their enterprises – and they’re seriously at risk because of it.

Shadow IT refers to the applications and resources used in companies that are out of the reach and purview of IT. It can encompass something as seemingly minor as a single mobile app written by line-of-business expert, or as major as full-blown enterprise applications and public cloud services.

A study by networking giant Cisco shows just how prevalent the problem is. The Cisco study found that CIOs greatly underestimate the extent of shadow IT. By analyzing the network traffic in large industries in a wide variety of industries, Cisco discovered that the typical enterprise has between 15 and 22 more cloud applications than the IT department has authorized.

On average, Cisco says, CIOs estimate that 51 cloud services run in their enterprises. However, Cisco found that the real number was 730. Cisco uncovered the problem even in highly regulated industries that require extreme levels of security. In healthcare and financial services companies, between 17 and 20 times more cloud applications are running than estimated by IT.

Shadow IT puts enterprises at serious risk of data breaches and other security problems. Bob Dimicco, global leader and founder of Cisco's Cloud Consumption Service practice, says, “"If they can't see these cloud services being consumed, they can't see the risk that's being incurred. [If] you can't see it, you really can't manage it."

It’s not just cloud services that are being run by shadow IT. In many enterprises, citizen developers and others in departments write mobile apps that aren’t managed by IT.

The problem is so serious, and security issues so prevalent because of it that Gartner estimates, “By 2020, a third of successful attacks experienced by enterprises will be on their shadow IT resources.”

How Can you Protect Your Enterprise Against Shadow IT?

Gartner says the solution is not to crack down on departments who want to innovate by writing their own apps, or cutting off the use of cloud services. Instead, it notes, “Business units deal with the reality of the enterprise and will engage with any tool that helps them do the job. Companies should find a way to track shadow IT, and create a culture of acceptance and protection versus detection and punishment.”

Alpha Software can help. It can lock down existing mobile forms without slowing down the business. And it can integrate apps created by business users into the existing databases and workflows IT organizations have already invested in and secured. It also provides a method for business users to develop new, secure business apps in minutes -- with higher performance, faster UIs for end users, and richer data capture capabilities (offline operation, data lookup and validation, large data storage, GPS, audio/image capture and more).

Alpha can help you secure your business apps and keep your security and data policies in place, while empowering business user to do more than ever before. Connect with Alpha Software to learn more.

data integration, cio, strategy, cios
Alpha's Dan Bricklin Up for CTO of the Year
How IT Leadership Can Make the Right Mobile Development Choices