Who Leads the Enterprise Charge for Mobile App Development?

Perhaps IT’s biggest challenge these days is mobile app development. There’s a big “mobile app gap” in enterprises because IT simply can’t find and hire enough developers to get the work done. To solve the problem, an increasing number of “citizen developers” outside IT with little or no programming experience are writing mobile apps. And now a new study from VDC Research finds that because of that, IT is no longer leading the way to mobile app development. Instead, citizen developers are taking over. 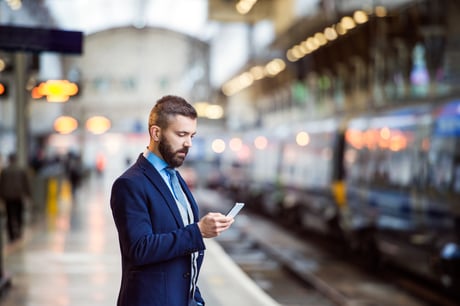 The report, “App Factories Slow to Emerge: Large Organizations Still Struggle with Application Development Costs,” begins by laying out the problems enterprises face writing mobile apps. Writing apps, it says, is too expensive and takes too long. The report concludes: “On average, organizations require more than six months to develop and deploy a single mobile application; 48% spend more than $100K on each mobile application they develop.”

VDC isn’t alone with these kinds of findings. A Gartner report, “Survey Analysis: The Mobile App Development Trends That Will Impact Your Enterprise in 2017,” found that “More than a quarter of enterprises globally have not built, customized or virtualized any mobile apps in the last 12 months.”

As a result of all this, citizen developers, who are domain and line-of-business experts, are solving the problem by writing mobile apps with low-code development tools, also known as rapid mobile app development (RMAD) tools, which let people with minimal technical training write mobile apps.

At Alpha Software, we believe IT and employees in the line of business  (LOB) must work together to produce the most secure, data rich, offline mobile apps.  That's how we designed the Alpha Anywhere development and deployment platform with new TransForm capabilities - with developers, IT management and the needs of LOB employees in mind. Our recent whitepaper, "The Democratization of Mobile App Development," lays out a plan for IT and LOB to work together to speed the development of mobile apps for business.

To see the future of citizen development, view Alpha TransForm in action.

For more information, read why many people believe citizen developers and rapid mobile app development are the future of mobile.

What to learn to build your own apps? Become a citizen developer.

Alpha Anywhere is one of the most highly rated RMAD platforms, which is why InfoWorld named it a top mobile app development leader. Check out more details about Alpha Anywhere’s RMAD capabilities.

RMAD, citizen development, transform
The case for Using Alpha Cloud for your Development Life-Cycle
What Mobile App Developers Need to Know about Blockchain