Leading Independent Research Firm Recognizes Alpha Anywhere as a Low-Code Application Platform with Very Robust Offline Support, Which is "Often the Most Expensive (Yet Valuable) Feature"

BURLINGTON, MA. September 29, 2014 – Alpha Software Corporation today announced the industry's first application development and deployment environment with built-in offline support, without added time or cost. This built-in capability in Alpha Anywhere 3.0 allows a transactional business app to operate effectively while disconnected from a network, and solves what Forrester Research identified in its September 2014 report, The Offline Mobile Challenge, as "often the most important and difficult mobile feature" for business today and "a consideration for nearly every future modern application." 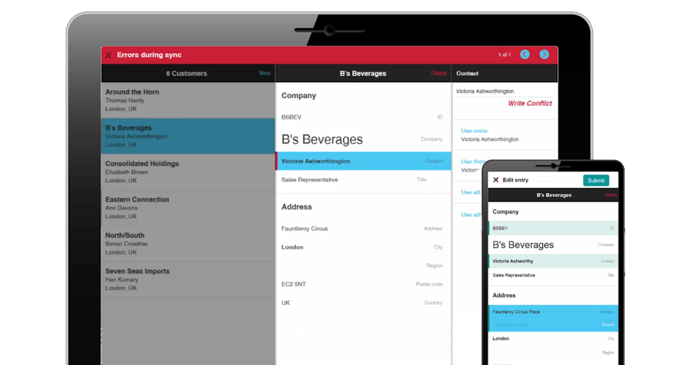 "Mobile business applications aren't truly mobile if they can't work offline," said Richard Rabins, Alpha Software Corporation CEO. "Until now, organizations were faced with a tripling of time and cost when adding offline functionality to a business app. Alpha Anywhere has transformed business application development so that developers can add robust disconnected operation into business apps with virtually no incremental effort or cost."

The promise of mobile computing is that people can work anywhere, anytime, but mobile business apps require an Internet connection to be productive. On planes, at construction sites, in factories, warehouses and remote sites, and even in major cities, WiFi, 4G, and even 3G connections are often unavailable, intermittent or expensive. Critical business apps – whether processing vital customer or sales information, or even patient, inventory, manufacturing or service data – cannot power today's organizations if they only work while online.

According to Forrester in The Offline Mobile Challenge, the new release of Alpha Anywhere "supports a very robust solution for HTML5 implementations" needing offline. A robust solution is one that integrates fully with transactional back-end systems of record, with intelligent conflict resolution versus simplistic "last-write wins". New offline capabilities in Alpha Anywhere include:

"Previously, offline support, which is critical for our mobile apps, had been simply too expensive and complex," said Karen Snyder, CIO at American Pool. "We reviewed several other application development solutions, but found that they were far too expensive, even without built in offline capabilities. We have been impressed with Alpha Software, which is constantly innovating and is focused on saving us time and money. We are particularly pleased with the offline capabilities seamlessly built into Alpha Anywhere."