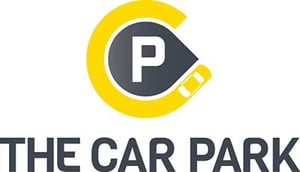 The Car Park is a national leader in providing comprehensive services for managing parking lots and spaces for municipalities, private landowners, universities and for special events, such as conferences, football games and music and ballet performances.

David Stroud, The Car Park Director of IT, has been using Alpha Software for more than 15 years to build applications to handle The Car Park’s management services. He moved to Alpha from Microsoft Access, because Access wasn’t powerful enough to meet his needs, and Access wouldn’t let him build web-based apps.

Last year, after Stroud heard about Alpha Cloud, he investigated it.

“As soon as I looked into it, I saw how it would solve many problems for us, and so we switched over,” he remembers. “We had three aging servers and by moving to Alpha Cloud I got rid of them and consolidated our licenses into one. That saved us money and time and made it easier to manage servers.”

"Overall, savings have been substantial."

Stroud also saw a performance boost in all of The Car Park’s applications. One of the most important applications, which stores all customer information and allows customers to manage their accounts online, saw a particularly powerful increase. 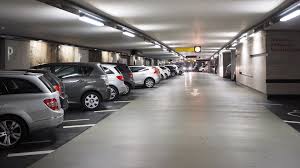 Stroud can now easily create mobile apps to work with backend applications, all powered by Alpha Cloud. With it, he built a system to manage complex transportation problems for conventions. Shuttle drivers, who take convention goers between hotels and a convention center, input information into a mobile app about how many people they pick up from each location on every trip. That information is immediately sent to a backend database, which can then make real-time routing decisions about which hotels shuttle drivers should go to next.

Overall, he says, one of the biggest benefits of Alpha Cloud is “I don’t have to take care of the servers anymore. That frees up my time for value-added work that otherwise I might not have time for.” In addition, “all our applications are a lot faster now. Servers and applications don’t crash anymore, so we’ve increased productivity and improved customer satisfaction.”

Previously, he used a service which constantly pinged each of his servers, to make sure they were online and working. Because of the rock-solid stability of Alpha Cloud, he no longer needs to use that service.

Overall financial savings, he adds, have been substantial.

“For just one single application, we will be able to save a substantial amount of money as we roll it out in the coming weeks because we have been able to take all the work in-house — something Alpha Cloud has helped us do,” he says.

The need to hire outside consultants has been significantly decreased, because without having to manage servers, he is able to take on more complex work in-house.

Summing up his experience with Alpha Cloud, he says, “We’ve saved significant amounts of time and money, can build complex apps and applications that have top performance and don’t crash. I feel comfortable knowing that no matter what kind of problems I need to solve, Alpha Cloud is there to help me.”

Considering the move to Alpha Cloud for your Alpha Anywhere applications?

Learn more about Alpha Cloud or view a Total Cost of Ownership Study.

Consulting Group Cuts Costs, Speeds Up Development with Alpha Software
The Alpha platform is the only unified mobile and web app development and deployment environment with distinct “no-code” and “low-code” components. Using the Alpha TransForm no-code product, business users and developers can take full advantage of all the capabilities of the smartphone to turn any form into a mobile app in minutes, and power users can add advanced app functionality with Alpha TransForm's built-in programming language. IT developers can use the Alpha Anywhere low-code environment to develop complex web or mobile business apps from scratch, integrate data with existing systems of record and workflows (including data collected via Alpha TransForm), and add additional security or authentication requirements to protect corporate data.