How Much Does It Cost to Build Apps?

Know the average cost for developing business apps, what it will cost to build your app, the difference between iOS and android app prices, and  how the design or type of app can affect development expenses. 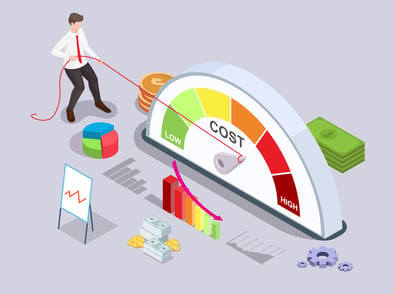 Your company has a great app idea and now your company needs to create an app.  You likely have a pretty good idea of what you want it to do, its overall interface, its user experience, how it will work, and the benefits you’ll get from it. Some companies also know they don't want to develop a separate iOS app and a separate Android app - they want cross-platform mobile app development.

If your business has never developed an app before – or even if it has – it can be tough to know how much it will cost to get one built internally or by outside developers. Estimating costs can be extremely difficult because expenses vary according to the type of app, its complexity, how quickly you need it built, and more.

On average, it can cost between $10,000 and $500,000 or more to build a decent mobile app. That’s obviously a tremendously big price range. So one way to start narrowing it down, the article says, is by the type of app and what kind of company you plan to contract with to build it.

I’ve written before about how much it will cost to build a mobile app. This more detailed article will help you further understand app development costs so you can determine the budget you’ll have to dedicate to your next app-building effort.

What Do Modern Business Apps Cost to Develop?

Read these guidelines on how your app development team can estimate how much it will cost to create a mobile application.

If you haven't built apps before, there’s a good chance don’t have any real idea about how much it’ll cost to build a high-quality app. Many industry analysts know a lot more about what kind of apps they want to build than they know how much they’ll have to spend on low-code development tools to build them. 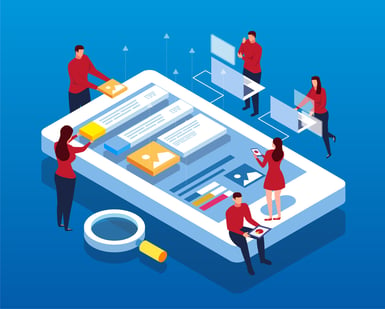 Another article offers some solid guidelines on how to estimate app development costs. It starts off with a warning, though:

That’s because not all apps are created equal.

Read on to learn about the costs associated with building different types of apps and the hidden costs you'll uncover as you build and maintain your business apps. 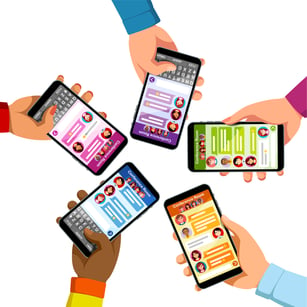 Building apps and deploying them to the app stores can be extremely simple, or exceedingly complicated. If you're paying a developer to build your app, the time involved in building your app is obviously going to directly affect the cost. You may begin by asking:

"How long does it take to build an app?"

Whether you’re going to outsource it or have your own developers build it, one recent article estimates that it can take:

Costs will vary widely, based on what data your app accesses, what tasks it can do, what workflows it can trigger, and more.

Utility. offers project managers estimates for app development based on four types of apps, estimating that the costs can range from $80K – $250K+:

Keep in mind all those costs are for a single iOS or Android app. So if you plan to have apps built for each platform, your costs will increase.

Will the app have to work on multiple versions of iOS and Android? If so, that can jack up the price. If you want to support an outdated version of a mobile OS or an outdated device, you may be forced to double your costs.

How to estimate mobile app development costs when you're outsourcing.

If you’re going to outsource the app development process to a professional app developer or an app development company, here are the prices you can expect to pay for developers’ hourly rates around the world, according to one recent article.

App Development Costs Around the World:

The most expensive option is to contract an agency based solely in the U.S. The cost of development ranges from $50,000 for a simple app to $500,000 for a high-quality, complex app, and $1.35 million for an IOT app.

When developing apps don't forget to factor in short-term and long-term software costs.

Native app development can take significant time to get an app build, becomes it requires line-by-line coding. Low code app development, from vendors such as Alpha Software, Mendix, Outsystems, Appypie, and others, do a lot of the routine coding for app builders, significantly reducing the time and cost to get apps built.

If you're going to try to build the app yourself you'll need to consider the cost of licensing the software that builds these apps.

According to the Gartner MQ, which surveyed major app development software companies:

Understanding the training, deployment costs, and any additional modules you may need for features that do not come standard in these products is also critical.

There's a lot to know, and what you don't know can hurt your wallet.

There are plenty of other, potential hidden costs when building apps. Knowing hidden costs is a great first step to avoiding them. We’ve got help, based on info in the article, “How Much Does it Cost to Make an App in 2022?” 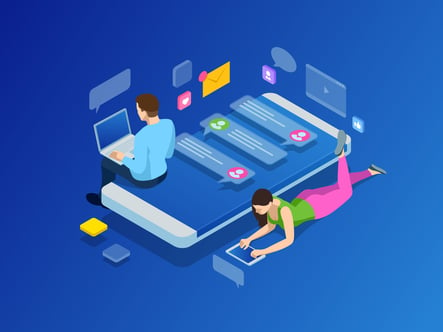 The first potential hidden app development price: What’s the cost for the design of a clickable prototype? After you gather all the requirements for the app, you’re ready to start coding. But it’s always a good idea to design a solid prototype before doing hard-core coding. The article explains, “A click-thru prototype lets you check out the UX before the most expensive phase – app coding – starts.”

If your company is building the app itself, make sure to include these costs in the final budget. If you’re outsourcing, make sure the cost is included as part of the package. The article notes that “usually, design makes up 10-15% of the total app cost.”

Next, consider development project management. You can’t simply turn over the app to coders. You need someone to shepherd the entire project from start to finish. That includes making sure all stakeholders get input, business requirements are documented properly and the input is taken into account by developers.

Whether you’re doing the project in-house or outsourcing it, the article says you should figure it will take up between 10% and 15% of the total app budget.

Getting it to work in landscape mode, the article says, will increase the total app budget by a full 30%.

The article says “The good news is the market share of these old devices is tiny. You don’t need to support them unless you are working on an enterprise app. Businesses update their device pools at a slower rate.”

Do you want your app to work in offline mode when there’s no network connectivity? If so, the article warns, “If you want your app to work without network connectivity, it must have cache algorithms in place. This functionality provides an outstanding user experience, but at a cost. Things get even more complicated if you decide to sync the app data across many devices.”

How much extra will you pay for offline capability? The article estimates between $8,000 and $12,000.

Cost of Ongoing Maintenance and Updates 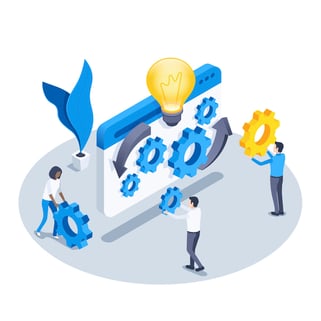 You must also take into account the work on backend infrastructure and app administration.

Keep in mind that there are significant costs you’ll have to bear to connect and maintain the app after you build it. Here’s a list of what you’ll need to do after it’s launched:

As a general rule of thumb figure you’ll have to spend between 15 percent and 20 percent of the app price per year for app maintenance costs.

How to Reduce App Development Costs

How Using Free Development Software Can Stretch Your Budget

There are ways to cut out some or all of those hidden costs --- choose the right development platform. Look for one that offers easy prototyping, built-in support for writing a single app that works on multiple mobile operating systems, and includes offline capabilities for free.

Alpha Software offers just that. Alpha Anywhere Community Edition lets you build, design, and test your apps for free, then only pay for app deployment. Not having to pay for your development software saves you thousands of dollars and allows you to start your mobile app development without any investment outside of your development team. 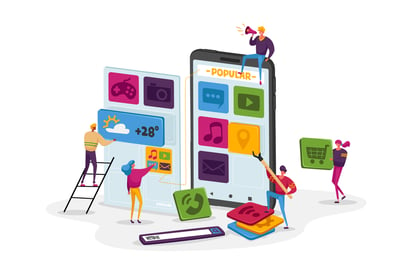 The platform has the latest mobile app features and offers incredible flexibility for developers, so they never reach a limit with the software, which can happen with other solutions that don't allow developers to add their own code. The software is recognized by customers for its power, flexibility, and affordability.

The Company also offers free lessons and tutorials on low-code development and deployment. For example, the company recently published a free resource on how to build your first mobile app.

How To Attract Younger Workers During the Candidate Drought 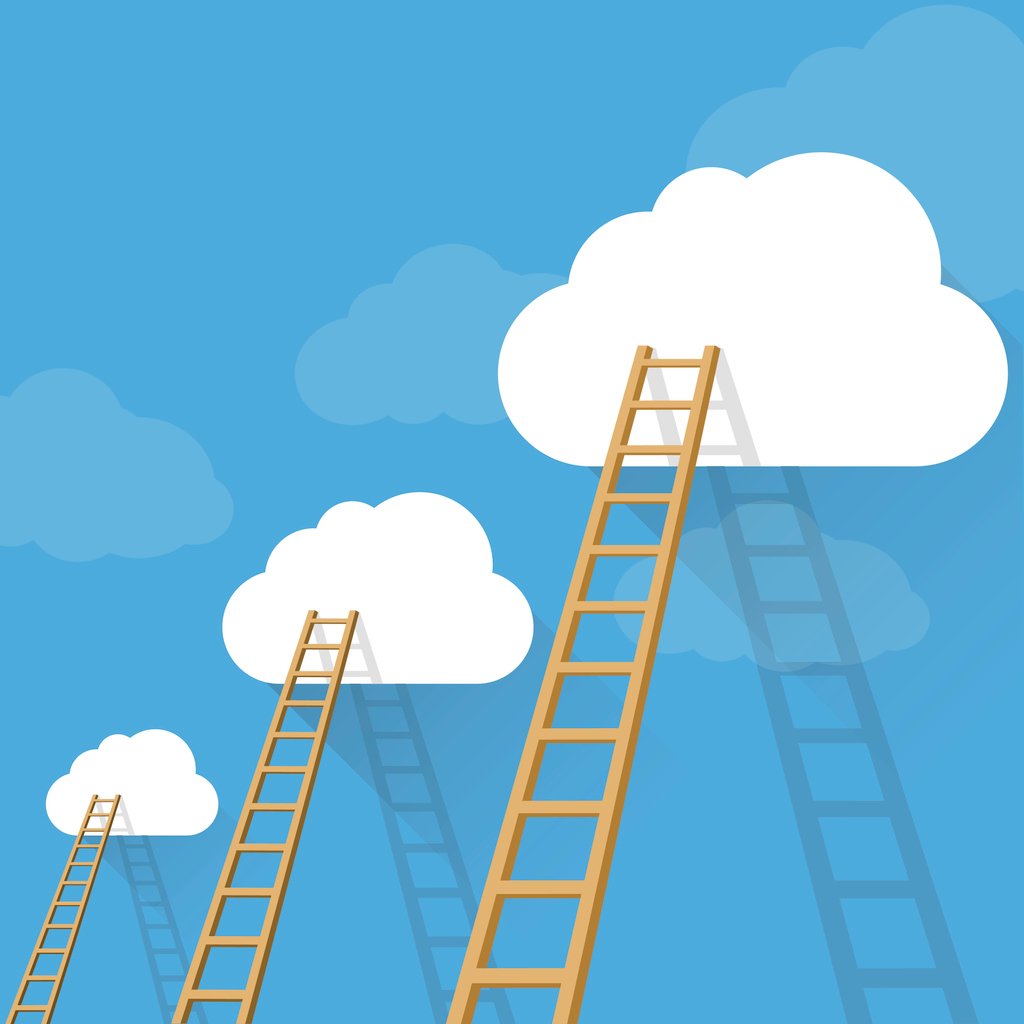 How to Migrate Legacy Apps and Data to Low-Code

How to Recruit Employees: Attract Millennials and Gen Zs with Cool Apps
The Alpha platform is the only unified mobile and web app development and deployment environment with distinct “no-code” and “low-code” components. Using the Alpha TransForm no-code product, business users and developers can take full advantage of all the capabilities of the smartphone to turn any form into a mobile app in minutes, and power users can add advanced app functionality with Alpha TransForm's built-in programming language. IT developers can use the Alpha Anywhere low-code environment to develop complex web or mobile business apps from scratch, integrate data with existing systems of record and workflows (including data collected via Alpha TransForm), and add additional security or authentication requirements to protect corporate data.