John Cullinane Joins Joseph Alsop as an Investor and Advisor to Alpha; Bricklin, Alsop and Cullinane Responsible for Some of the Most Significant Developments in Software Industry 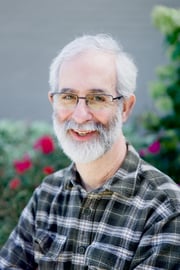 Alpha Anywhere is a standards-based environment that dramatically reduces the cost, time and complexity of developing and deploying scalable, data-driven business applications for today's mobile + personal computing era. These applications can take advantage of hardware-specific features and support all display sizes on all platforms.

The software accomplishments of Bricklin, Cullinane and Alsop span decades. Bricklin is known as the "father of the electronic spreadsheet," while Cullinane is credited with creating the software product industry. Both Alsop and Cullinane started and grew business software companies to $1 billion plus valuations.

The co-founder of Software Arts, Dan Bricklin, with Bob Frankston, developed VisiCalc, the spreadsheet program that helped launch the personal computing industry. His most recent product is Note Taker HD, a popular iPad note-taking app he wrote in Objective-C for iOS. Dan also developed in JavaScript the full-featured SocialCalc spreadsheet program for Socialtext and the One Laptop Per Child's XO computer. He also is known for the award-winning Dan Bricklin's Demo Program for the IBM PC. Bricklin is a Fellow of both the Association for Computing Machinery and the Computer History Museum, and received the IEEE Computer Society Computer Entrepreneur Award for pioneering the development and commercialization of the spreadsheet. He is a founding trustee of the Massachusetts Technology Leadership Council.

Currently a venture partner at Alsop Louie Partners and an Alpha Software board member, Joseph Alsop co-founded Progress Software, a global supplier of application infrastructure software used to develop, deploy, integrate and manage business applications. Under Alsop's watch as CEO, the company attracted 100,000 customers in 140 countries and had more than a half-billion dollars in revenues. During his tenure, more than 70 percent of Fortune 100 companies depended on Progress to help develop and deploy new software applications. In his role with Alsop Louie Partners, he is investing in and working with information technology companies in Massachusetts.

In 1968 John Cullinane founded Cullinane Corporation, the first successful software products company, proving wrong industry gurus who said it could not be done and that there was no future in software. Known for its integrated application development platform for both mainframes and PCs, the company's IDMS product still maintains some of the largest databases in the world. Cullinane was drawn to Alpha by its new product, Alpha Anywhere, which he believes represents a technology breakthrough as the first complete application development environment for mobile devices and personal computers. In November 2012, Cullinane received the prestigious Commonwealth Award from the Massachusetts Technology Leadership Council, and was credited with creating the foundation for the "Big Data" industry in Massachusetts.