Low-code software is a powerful tool for quickly building professional apps and websites with a minimum of effort. But choosing the wrong tool can be disastrous --- witness the recent data breach of 38 million records being exposed online because of dangerous default security configurations built into Microsoft’s low-code tool, Power Apps.

Among the businesses and agencies affected were American Airlines, Ford, the Maryland Department of Health, the New York City Transportation Authority, New York City school system, the state of Indiana, and many Microsoft portals, including the company’s Global Payroll Services portal, its Customer Insights Portal, and others. 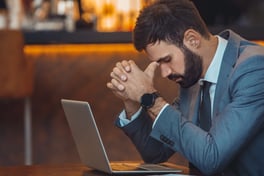 How could this have happened? The title of UpGuard’s blog about the breach says it all: “By Design: How Default Permissions on Microsoft Power Apps Exposed Millions.”

The problem was caused by the default configurations for Power Apps’ OData APIs, which make data accessible. You can configure the APIs to either make data publicly accessible to anyone or else require security authentication. By default, they were configured to allow public access.

The UpGuard blog post notes, “Among the examples of sensitive data exposed via OData APIs were three Power Apps portals used by American governmental entities to track COVID-19 tracing or vaccination and a portal with job applicant data including Social Security Numbers…these instances were examples of a broader pattern, with a significant number of Power Apps portals configured to allow anonymous access to lists and exposing PII [personally identifiable information] as a result.”

Should Citizen Developers Be Expected to Configure and Use APIs to Ensure Power Apps Security?

Configuring and using the API is quite complex. The Microsoft documentation for doing it is confusing and very difficult to understand – so confusing that Microsoft itself couldn’t figure it out, because when the company built portals using Power Tools, it misconfigured the API to allow public access to the portals’ data. This is a high bar to expect citizen developers across the organization to be comfortable and experienced with.

Microsoft has since changed Power Apps’ OData APIs default configurations. But what happened should be a warning to anyone to make sure they use the best tools for building secure apps and portals.

More citizen developers will be building apps this year and in the future. In fact, Gartner says, "on average, 41% of employees outside of IT – or business technologists – customize or build data or technology solutions". Gartner predicts that 50% of new low-code customers will live in business units outside the IT organization by the end of 2025.

It's imperative that companies select low-code software tools and low-code vendors with experience servicing non-developers and building tools for them that offer built-in security or training that guides citizen developers through the process of securing their apps.

More citizen developers will be building apps this year and in the future. In fact, Gartner says, "on average, 41% of employees outside of IT – or business technologists – customize or build data or technology solutions". Gartner predicts that 50% of new low-code customers will live in business units outside the IT organization by the end of 2025.

It's imperative that companies select low-code software tools and low-code vendors with experience servicing non-developers and building tools for them that offer built-in security or training that guides citizen developers through the process of securing their apps. 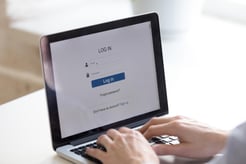 Read about a great alternative to Power Apps for citizen development.

The framework includes comprehensive and robust application security that provides you with the tools you need to easily secure your sensitive data, protecting your business and its clients. There is a fully integrated login/logout component, data encryption with HMAC and SSL support, and other built in tools for enterprise mobile management. For particularly security-conscious organizations, Alpha Software products can also work on-premise; something Microsoft Power Apps cannot do. Learn More About the Alpha Software Security Framework.

Need secure, no-code software for citizen developers at your organization with less risk and a built security framework?  Take a free trial of Alpha TransForm today, and see how easily citizen developers can craft mobile apps with security built-in..

For organizations searching for secure, low-code software, developers can download and build apps for free with Alpha Anywhere Community Edition. As mentioned above, it has a comprehensive Security Framework built in.

Read what Gartner had to say about Alpha Anywhere vs. Power Apps.

View a comparison of Alpha Anywhere to Microsoft Power Apps.

Further Reading: What To Know About Low-Code/No-Code Platform Security

Low-code and no-code development platforms are great tools for rapid software development, helping non-technical business experts and IT quickly write powerful, useful applications. But are they safe and secure — and what can be done to make sure they meet enterprise-level standards for security? Read the full article to learn what citizen developers need to know about low-code and no-code software security.

Power Apps is free...or is it? Understanding the hidden costs in Power Apps pricing.